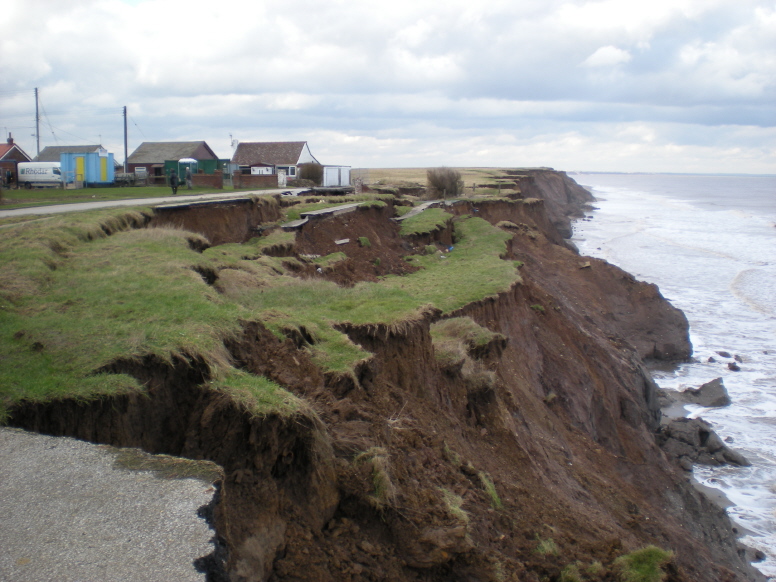 Just as elsewhere along the Holderness coast, the ice-age clays continually break and slide into the sea. 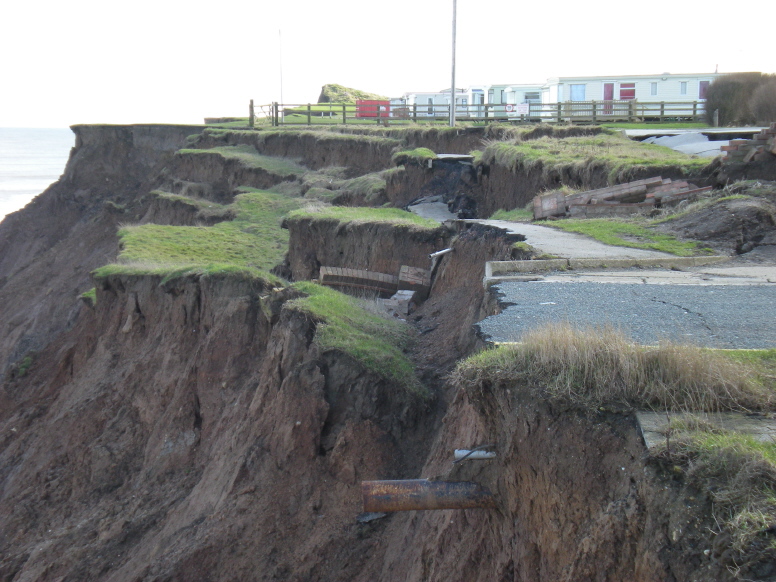 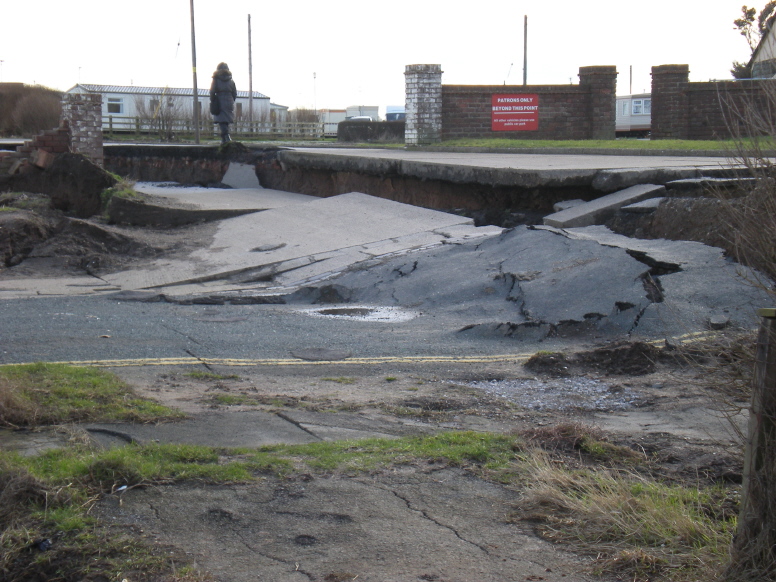 The process creeps towards the entrance to a caravan park... 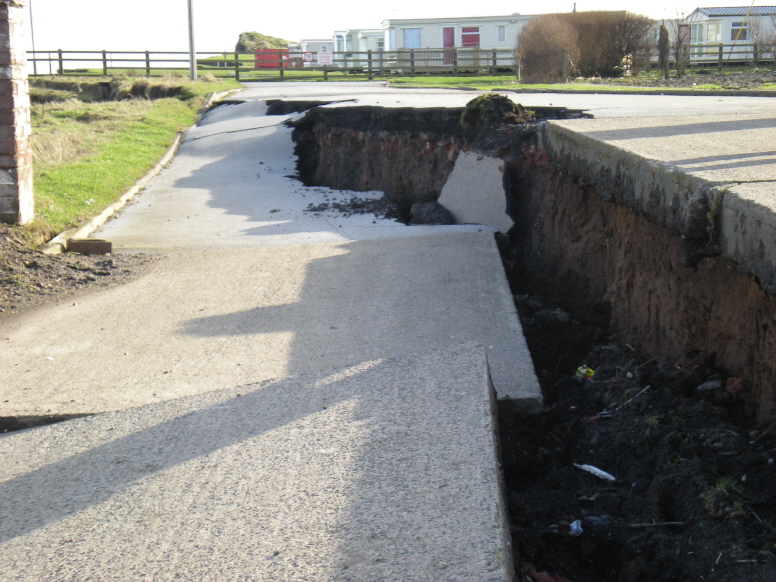 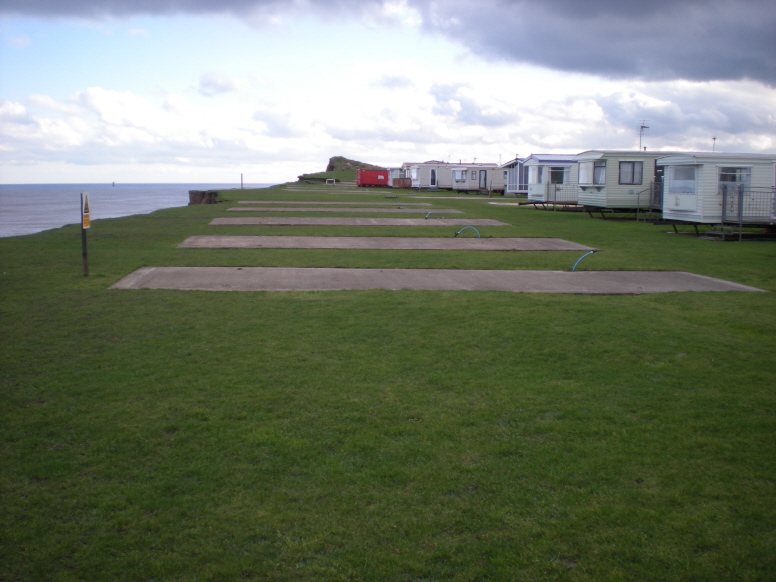 Caravans are moved away from the edge, leaving concrete bases... 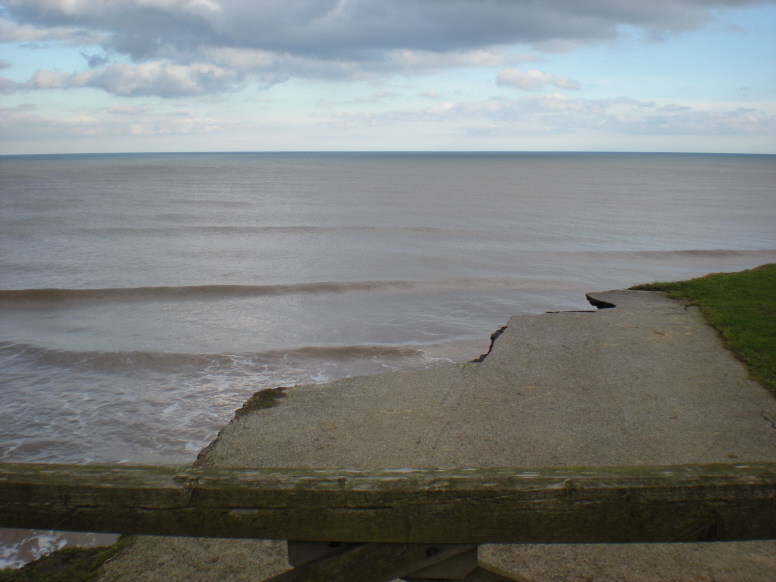 ...which will eventually succumb. 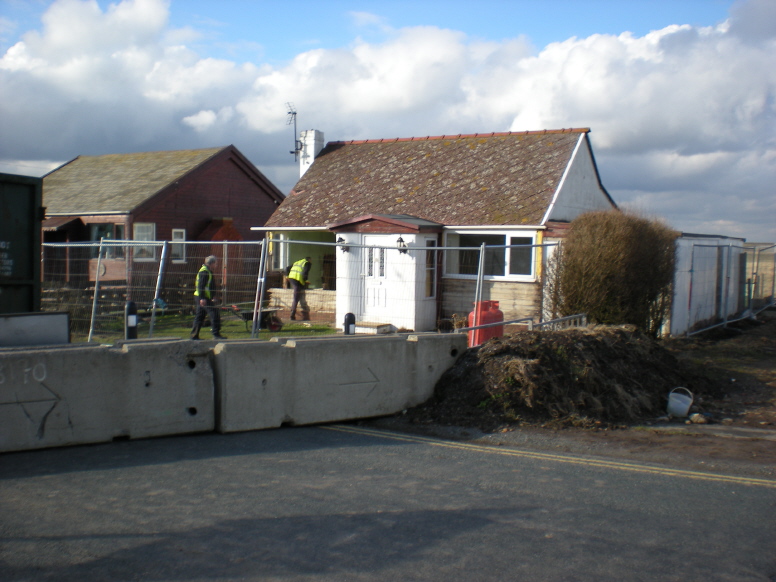 A chalet along the disappearing road is prepared for demolition. 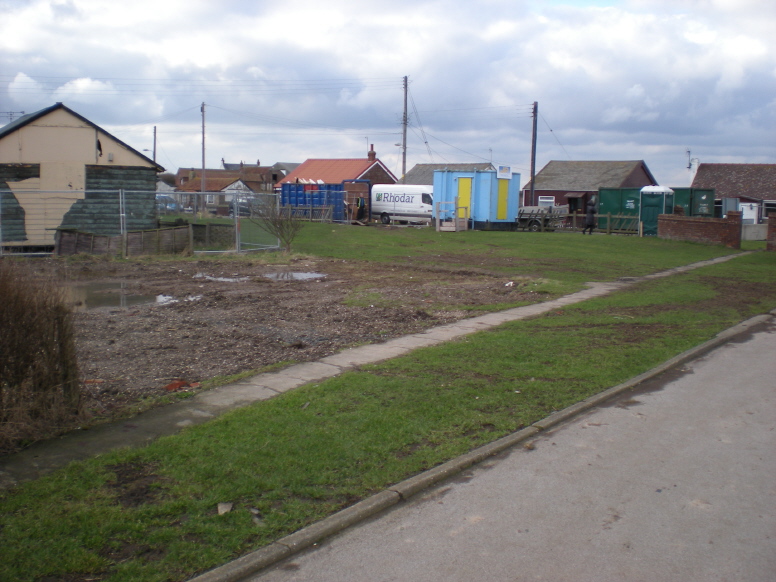 The Aldbrough cliffs community is being rolled back. 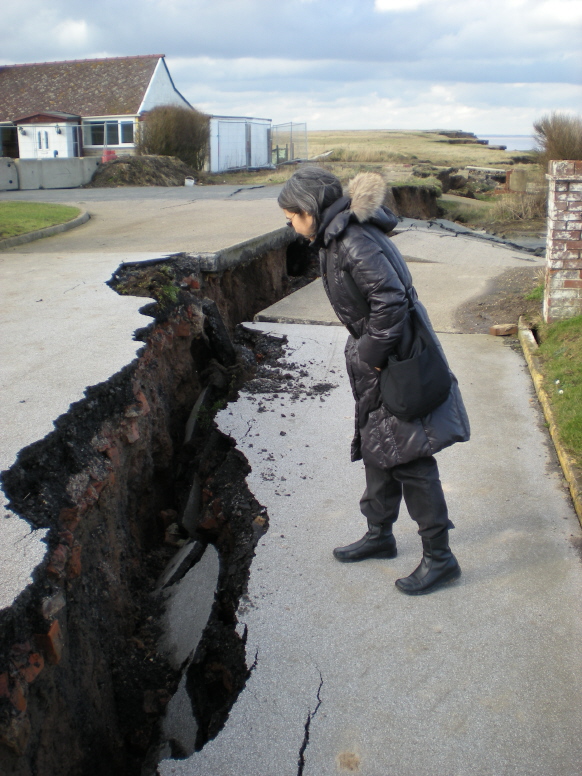 The above pictures were taken 14 February 2011. 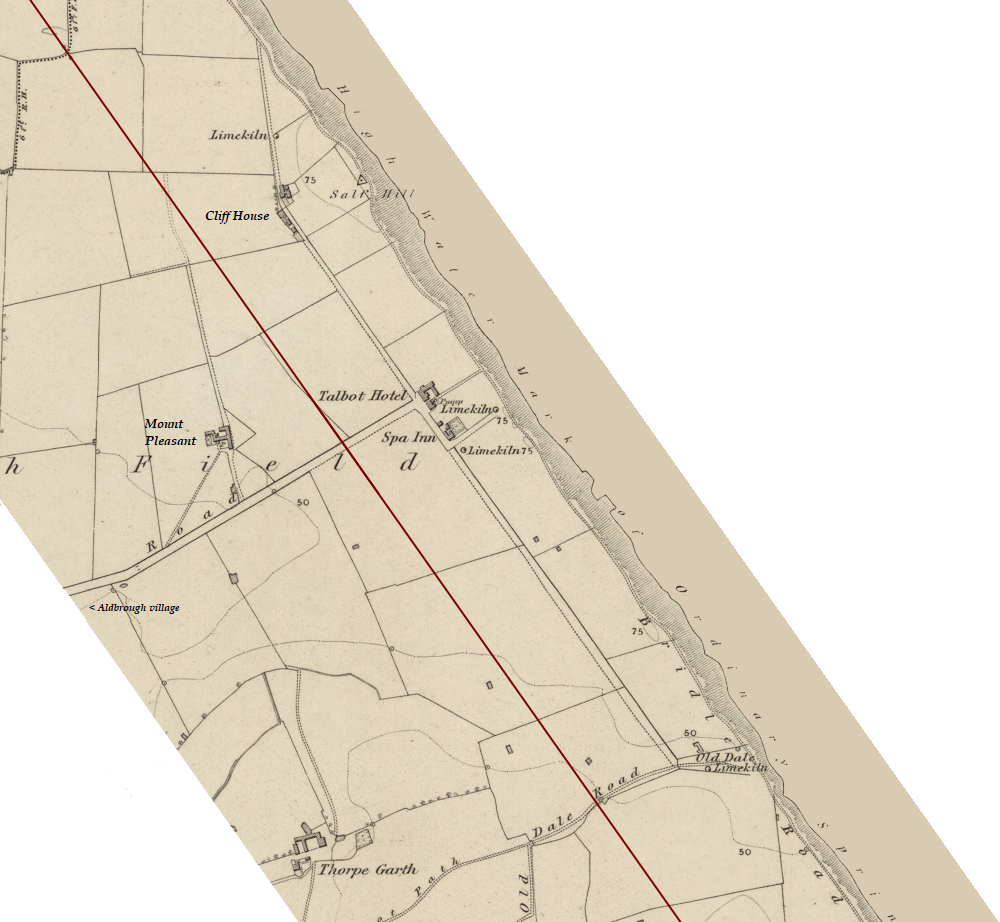 The Ordnance Survey map 1852 to 1854 shows a road or track running parallel to the cliff line, 1.13 kilometres in straight length. On either side of the indicated Talbot Hotel (later Sea View) and neighbouring Spa Inn (later the Royal Hotel), a cliff top community would grow – see Richard Clarke.

Opposite the Talbot is Seaside Road, the route to the village of Aldbrough. This road too would in time attract a community, which survives today.

The brown line drawn on the map marks the approximate position of the cliff edge in 2011. 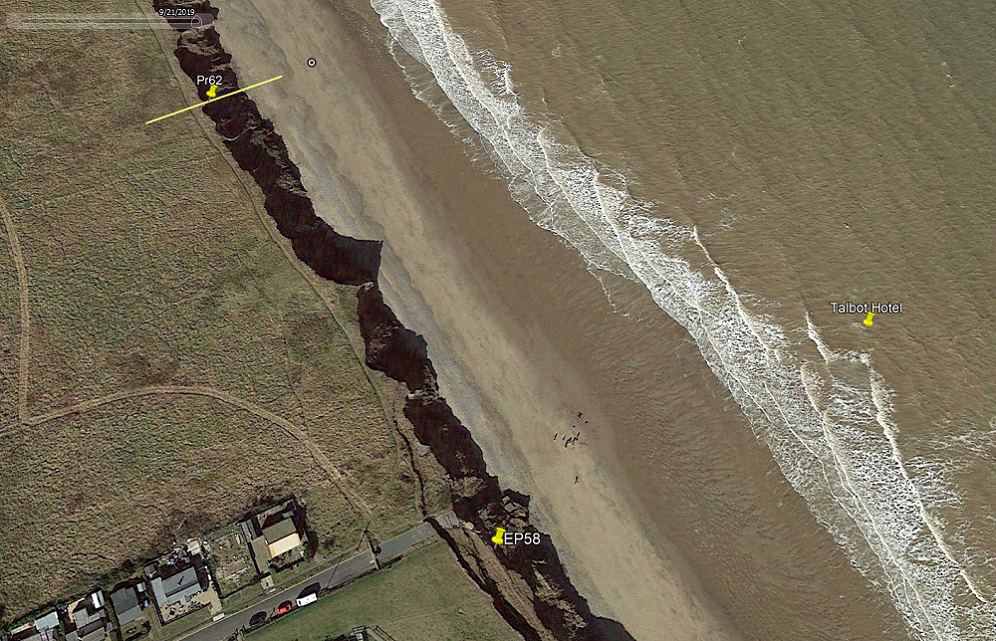 Pr62, or Monitoring Profile 62, belongs to the current ‘era’ of calculating cliff recession. The pin is placed on the cliff line as it was in 2017, and the circled dot further out represents the position in 2003.

EP58, or Erosion Post 58, relates to the previous method of measurement.

Also pinned is the site of the Talbot Hotel.

Now completely gone, the former eastern entrance to Aldbrough Caravan Park served as Erosion Post EP58 from 1951 to 2010, the date of this Google Street View. Total cliff recession over the period is recorded as 130.09 metres. 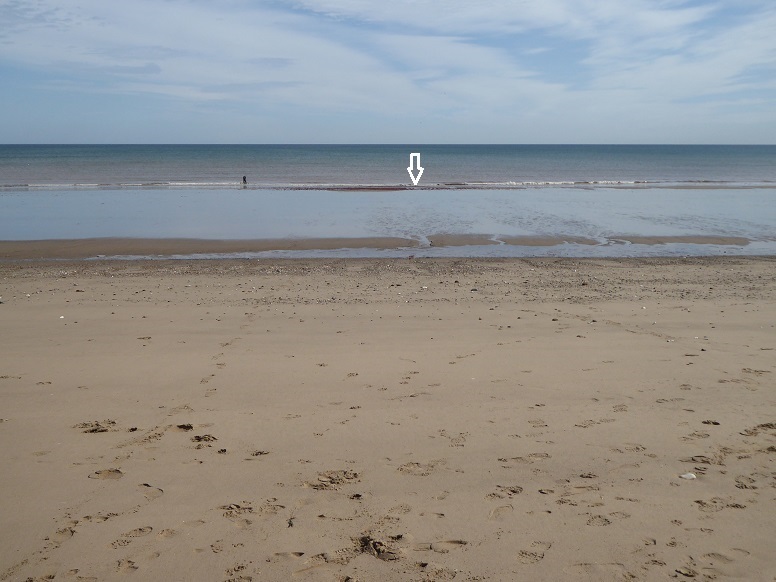 The arrow marks the beach coordinates for the Talbot Hotel (land surface would have been an estimated 24 metres or so above). Picture taken from the foot of the cliff, figure for scale [29 August 2019]. 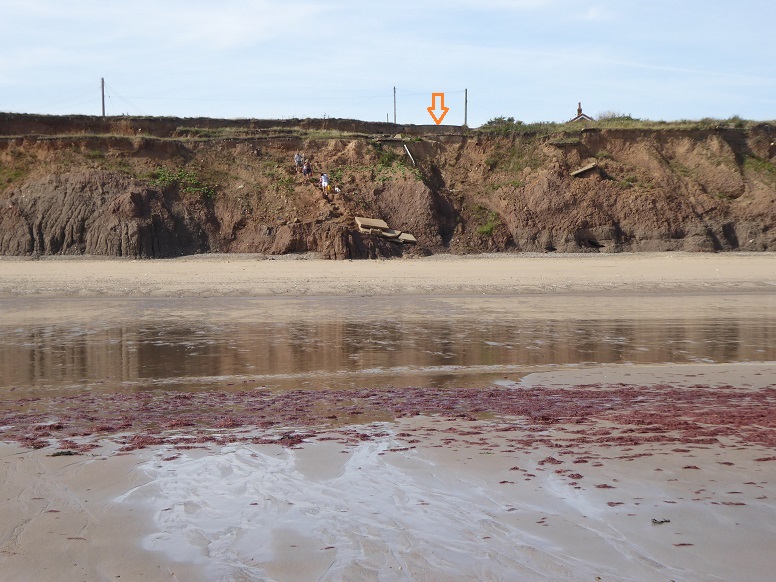