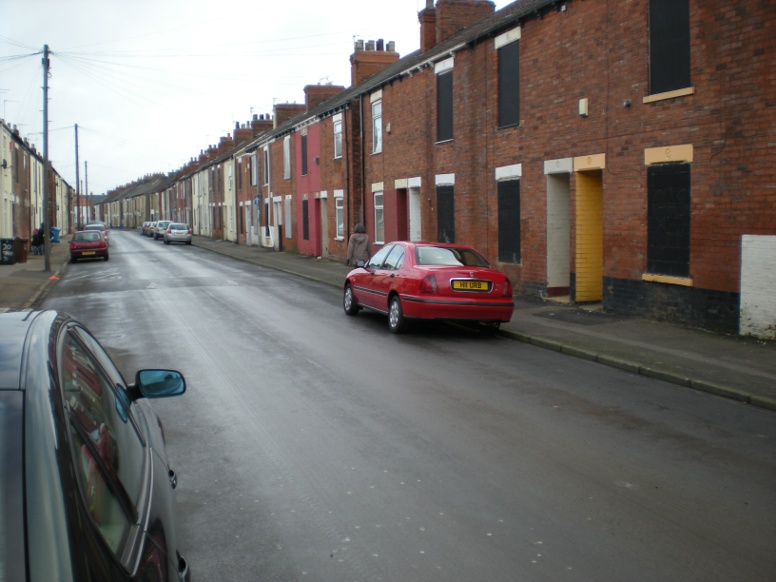 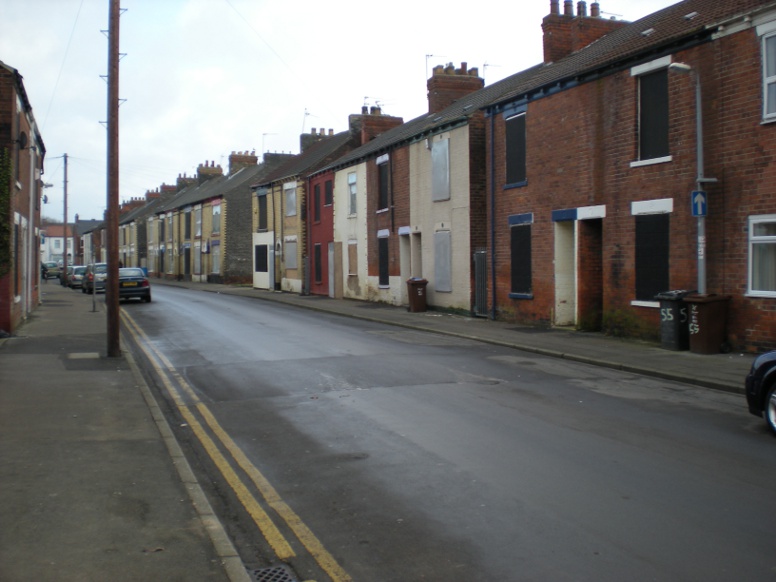 From about halfway down. Carlton Villas on the south side of Greek Street. Terraces running at a right angle from the main street are (were) a common feature of the area. 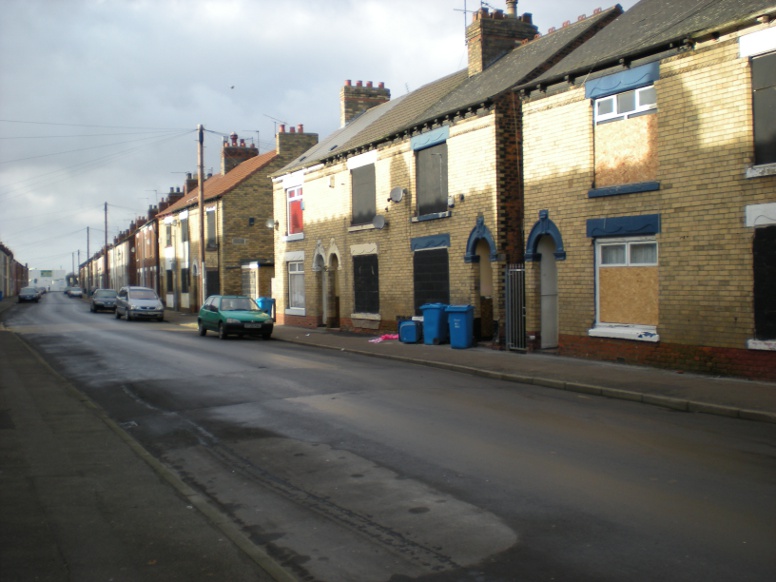 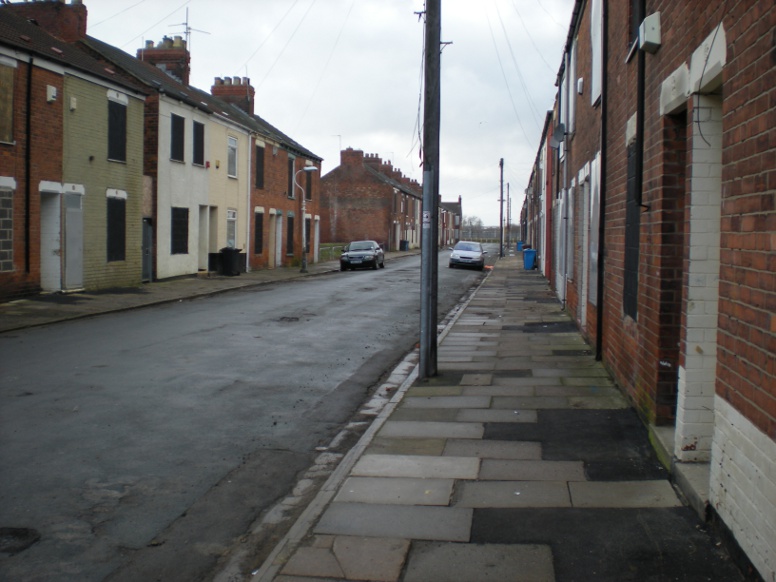 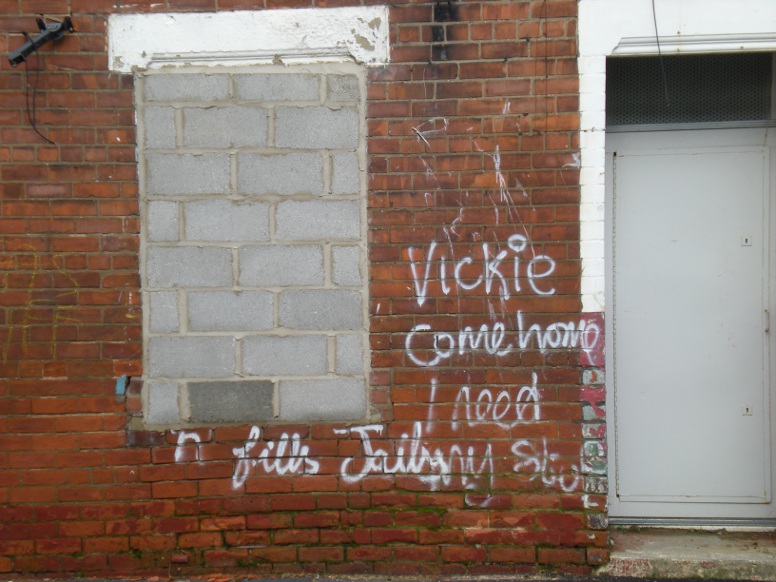 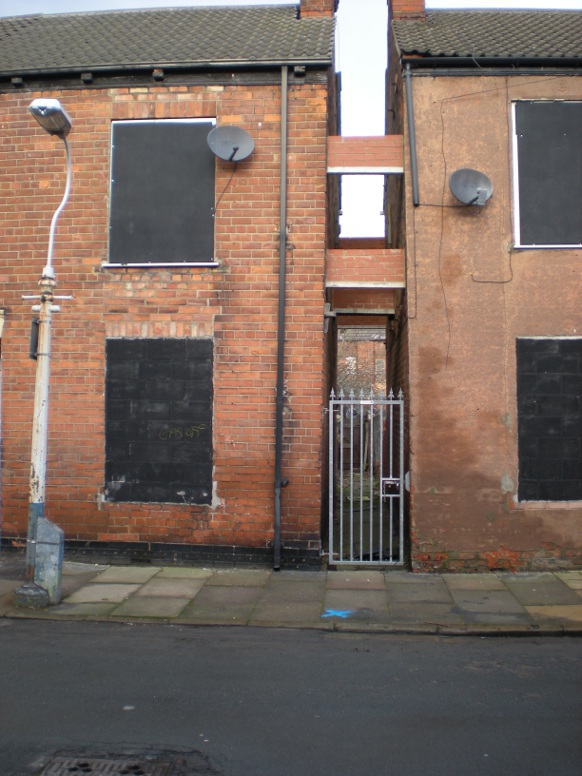 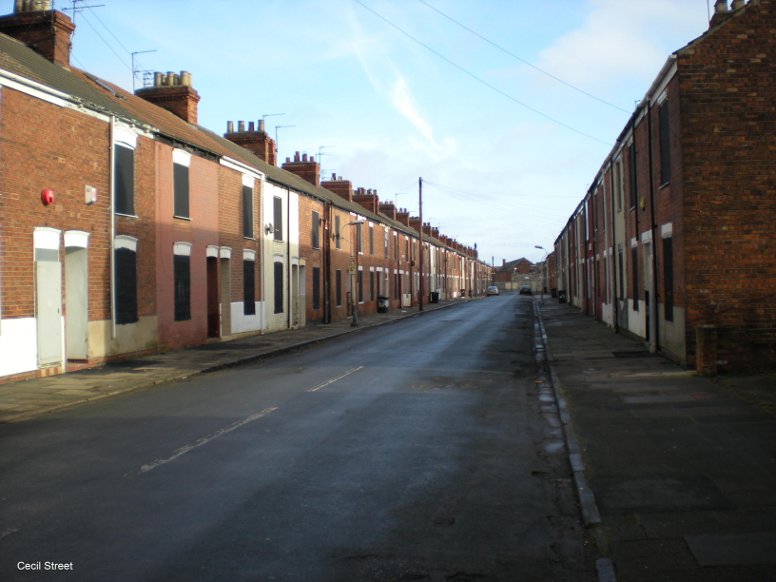 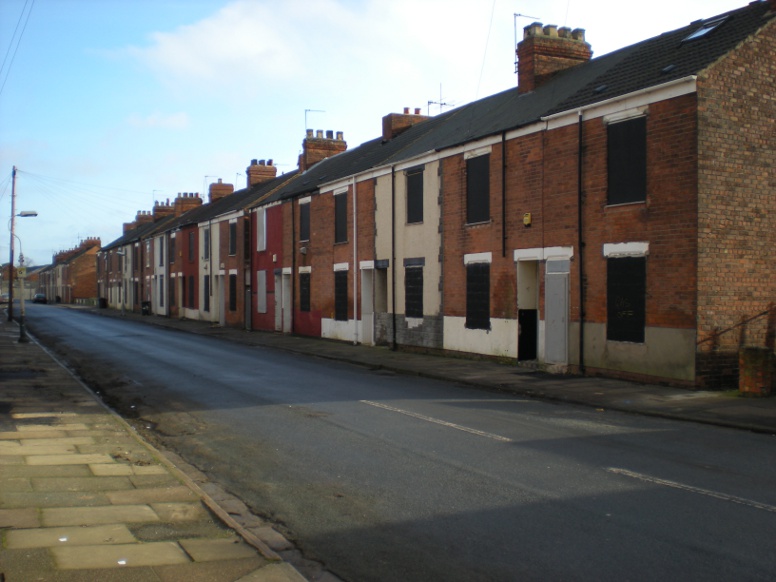 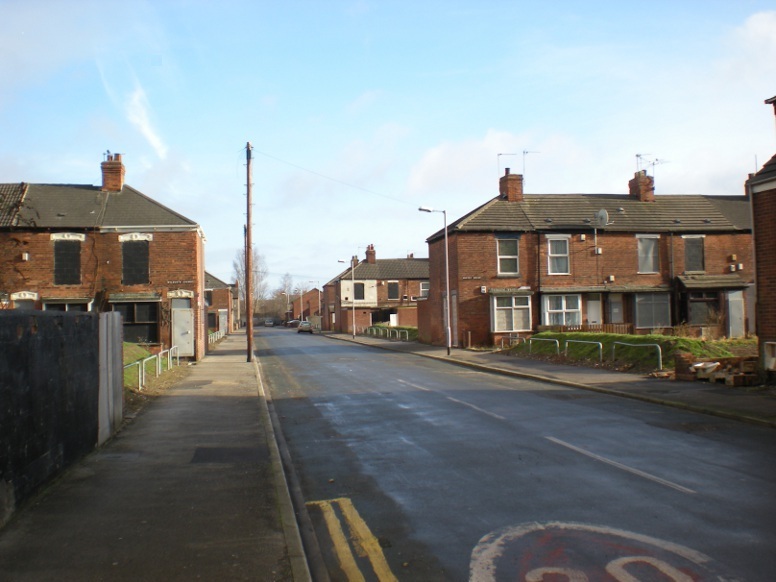 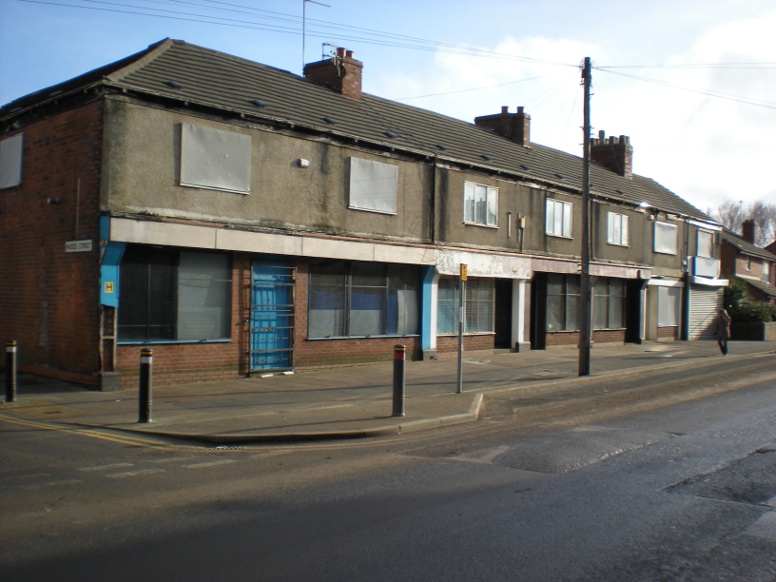 Shop premises at the corner of Hawthorn Avenue and Rhodes Street. 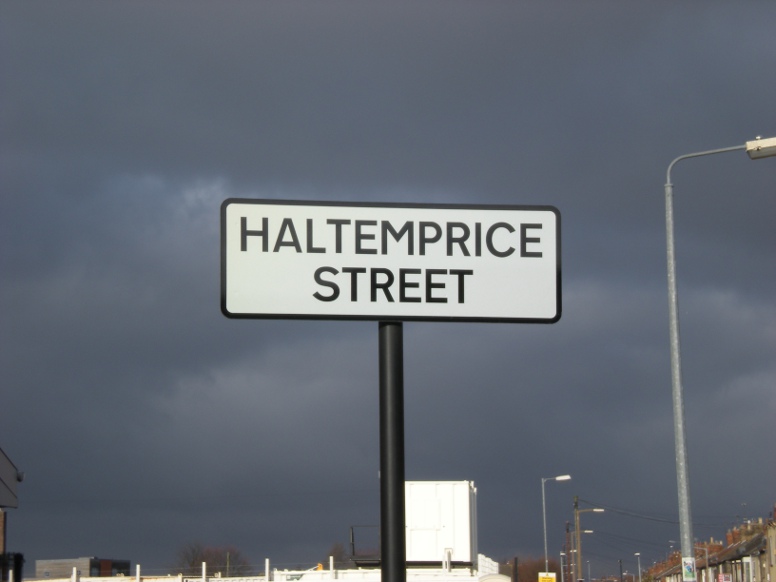 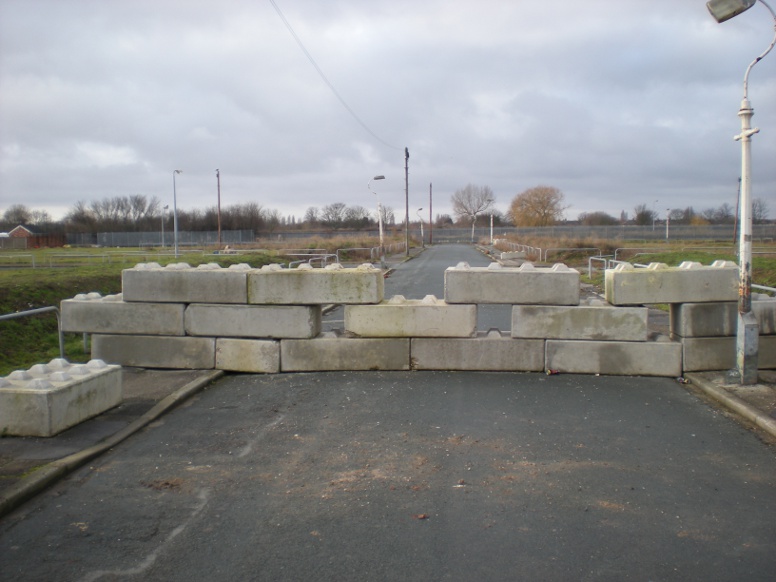 ...for a street completely removed.


At one time, Haltemprice Street was more than twice as long as the remaining section. An unmanned railway crossing split the street where the far fencing is erected. The now demolished Amy Johnson secondary school was built over the part of the street that lay beyond the trackbed.

During the 1950s, the boy that became this page’s author (see end) lived at no. 2 Haltemprice Street – a house lost long before the recent process. 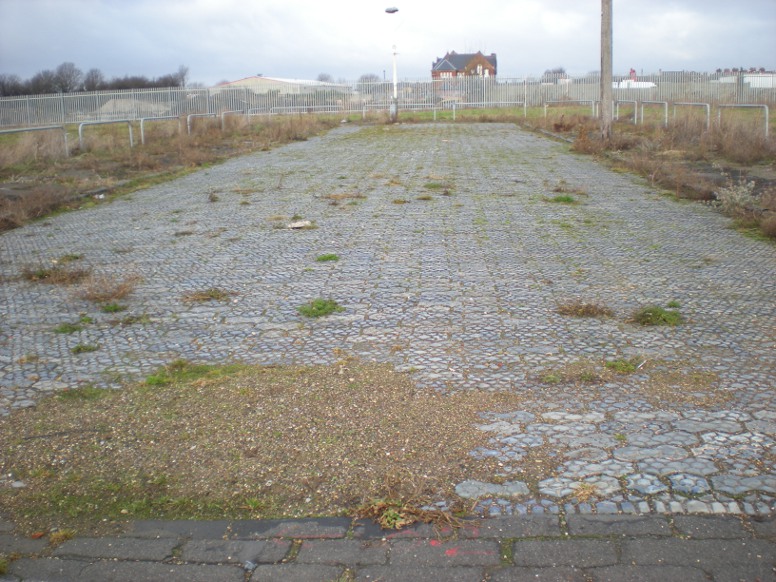 Harris Street, one of four short cul-de-sacs off Haltemprice Street. Notice the unusual type of road surface. The building in the distance is Wheeler Primary School, the premises where the author passed his Eleven Plus exam. 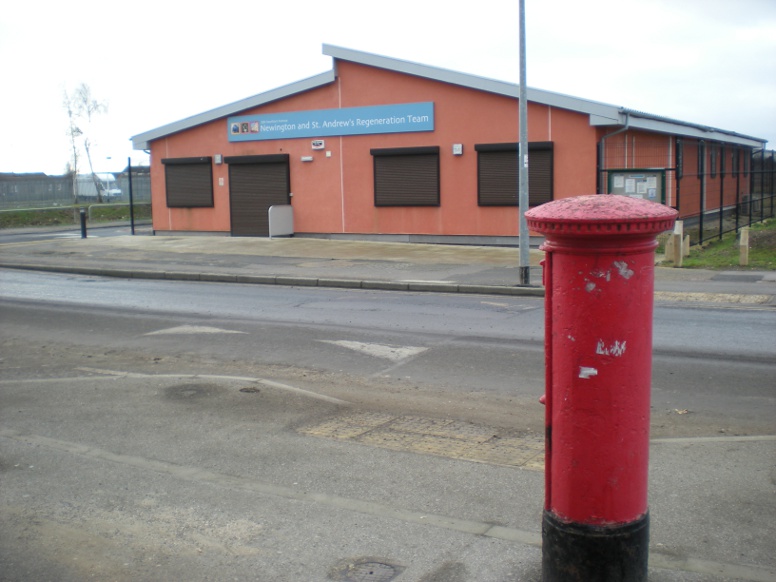 The redundant building of the Newington and St Andrews Regeneration Team, Hawthorn Avenue, corner of Haltemprice Street. Before the offices were erected, the site contained the Chalk Lane Working Men’s Club (Chalk Lane was an earlier name for Hawthorn Avenue) and, next to it, a branch of the Salvation Army. 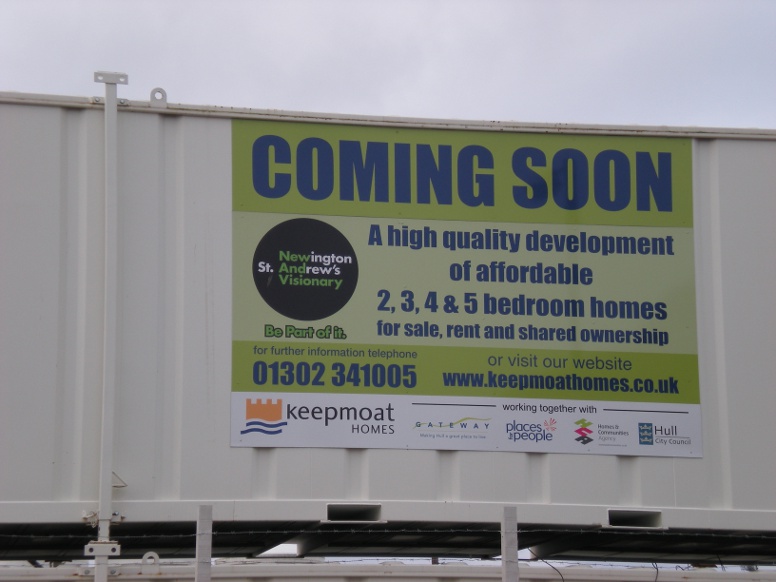 Some redevelopment within the area survived the cancellation of the Gateway Pathfinder initiative.