On 25th June 2007 the low lying city of Hull experienced flooding on a disastrous scale – not, as history has taught to expect, from the rivers Hull and Humber but from the sky. Reportage is extensive. Awareness of the seriousness of the situation that day, however, could be a gradual thing. This page presents an individual record through diary notes and some photographs using a rather basic camera.

Friday 15th June
Heavy rain since yesterday; soggy mail; some flooding across county and in Hull. Is this the worst of the summer weather? 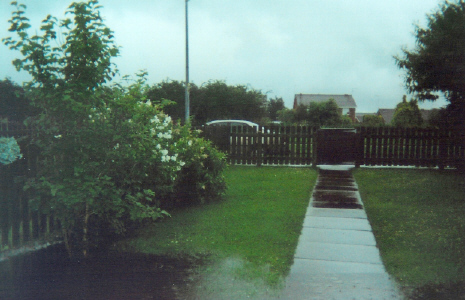 Mid-morning: water hardly ever collects on the garden, but it does today. 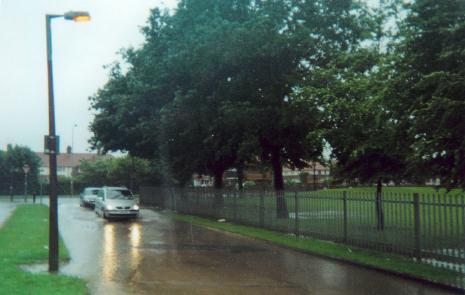 Swishing is heard as cars pass by – the road is awash. 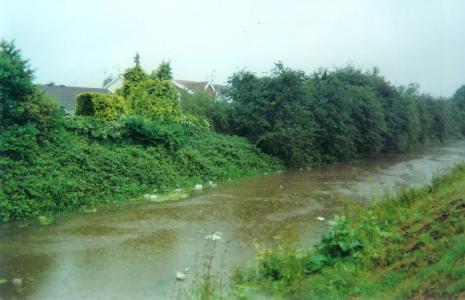 Parallel with the road runs the Beverley & Barmston open drain. A check discovers the level to be exceptionally high, and the normally sedate water turned into a river-like flow. 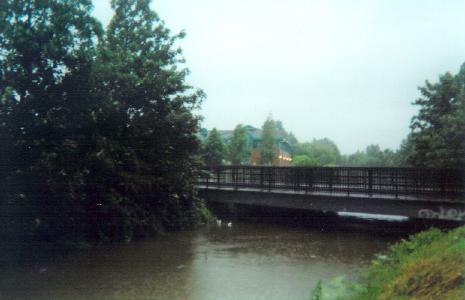 The drain as it passes under Hall Road bridge. 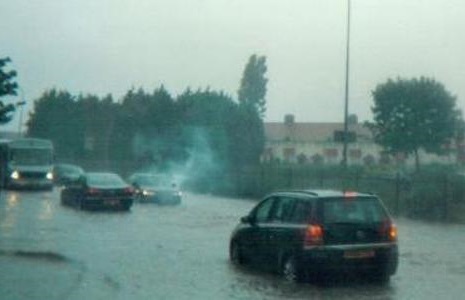 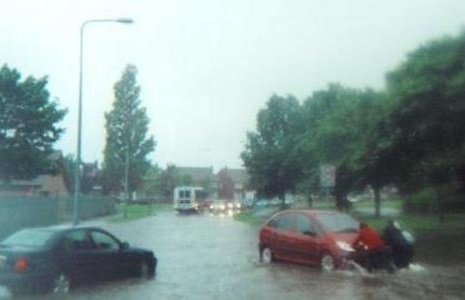 Early afternoon: rain continues. The water is not clearing.
West of the bridge, towards the Orchard Park centre, cars break down. 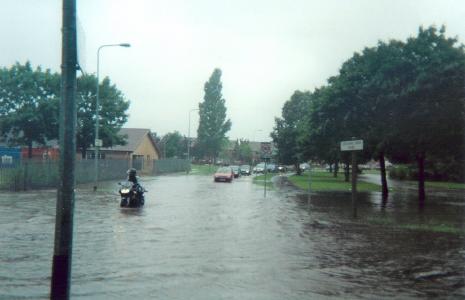 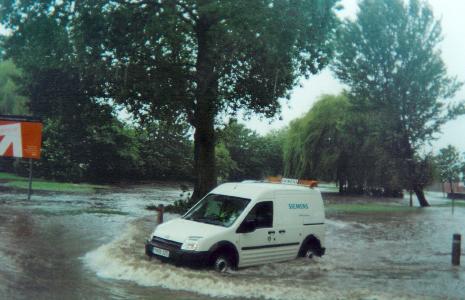 The posts are there to mark a pedestrian crossing point but now serve to define the road width. 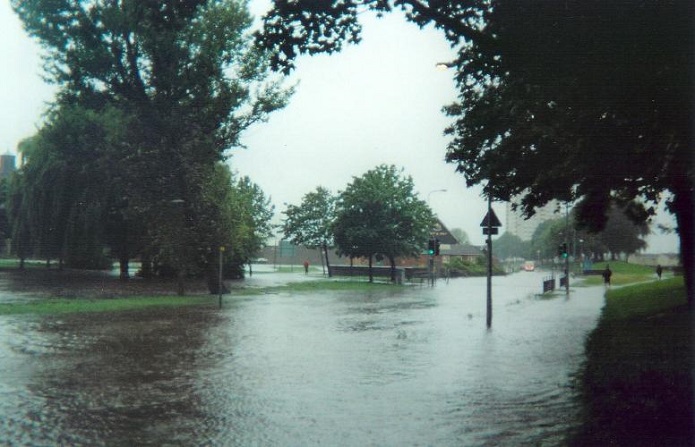 A little later, motorists wisely give up altogether. It is rare during a weekday to see no bus waiting at the Pint and Pot terminus. In the centre background, beyond the usually busy Hall Road, is a deserted Orchard Park shopping centre. 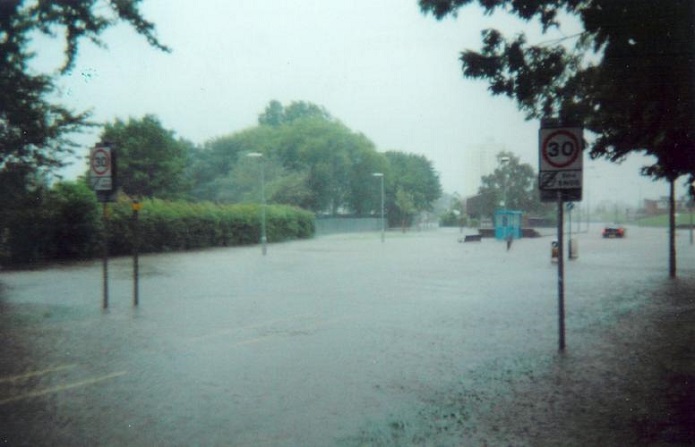 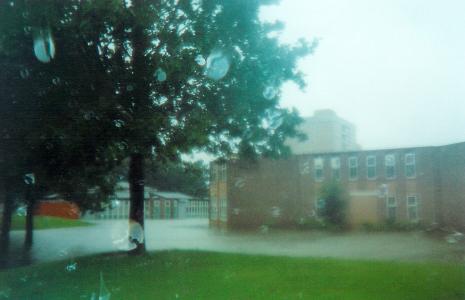 Taken from over a landscaped mound against driving rain, the picture shows a corner of Thorpepark Primary School, vacated earlier in the day. [These buildings were severely damaged by floodwater. On Saturday 7th July 2013, Prime Minister Gordon Brown visited the site.] 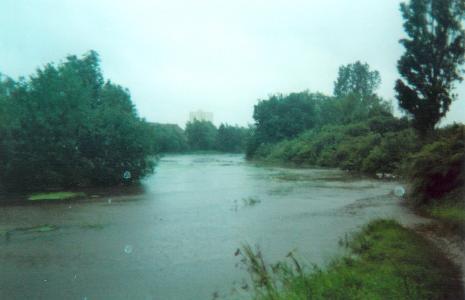 The Beverley & Barmston drain did not break its banks. South of the bridge, a recreational area acts as a catchment basin. To the right of the picture, a path disappears under the water. 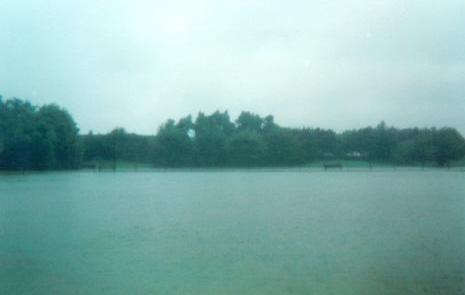 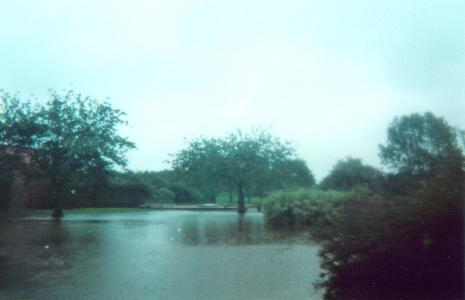 By late afternoon, it was learned that the surreal conditions were everywhere across the city, and much worse in some areas. One man had lost his life. It took the following days to begin to understand the scale of the disaster in terms of damage and long-lasting disruption. 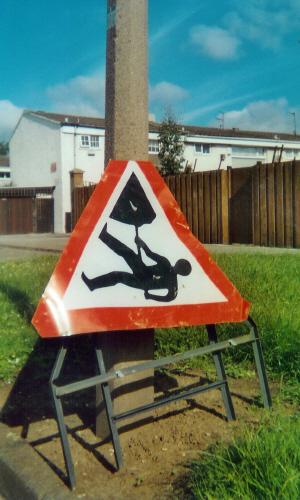