Mudballs are a common feature on the beaches of East Riding of Yorkshire. They indicate active erosion of the glacially deposited clays that constitute the cliffs south of Bridlington through Holderness to Spurn.

Sometimes a mudball is referred to as ‘armoured’ because of pebbles and small stones attached to its surface from being rolled about by tides. 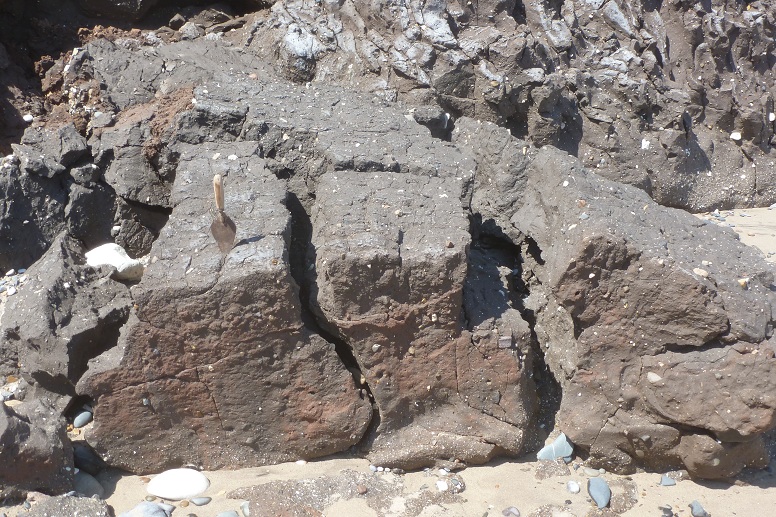 Most mudballs are formed from lumps of clay that have broken from the cliffs [Mappleton: 26 May 2012]. 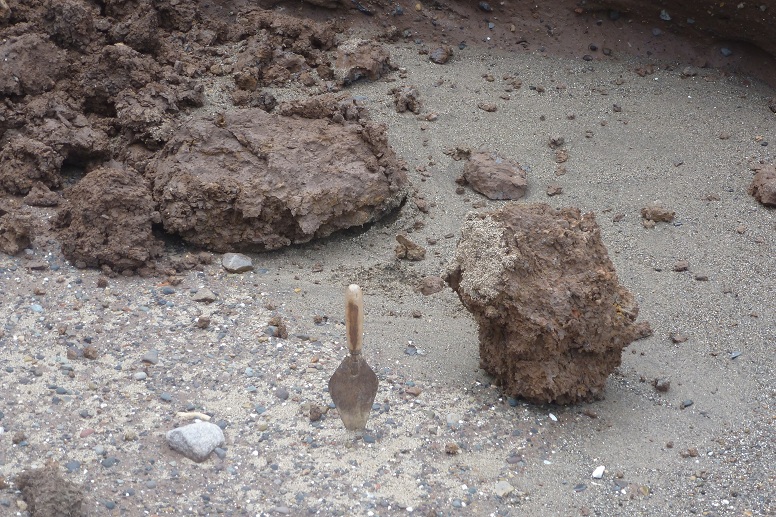 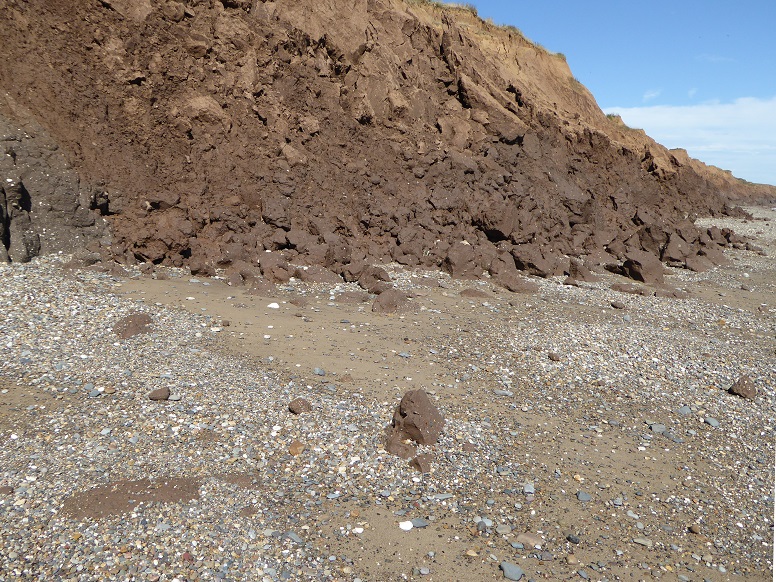 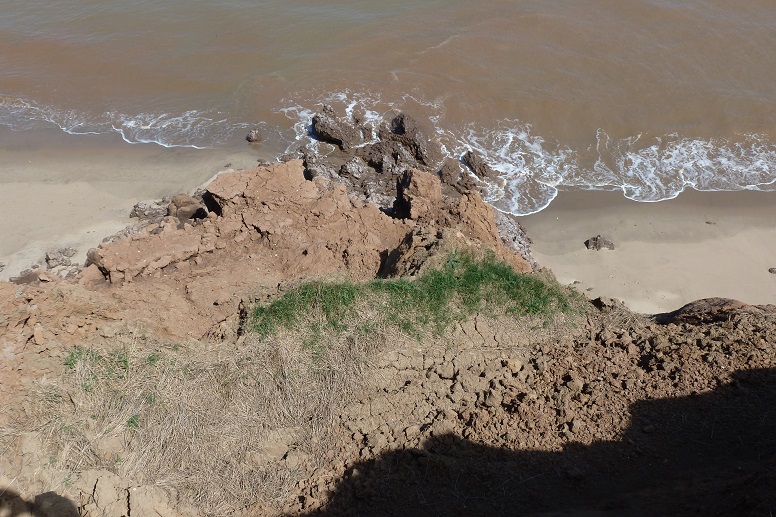 Viewed from the cliff top, an incoming tide laps at fallen pieces [Hilston: 6 May 2013]. 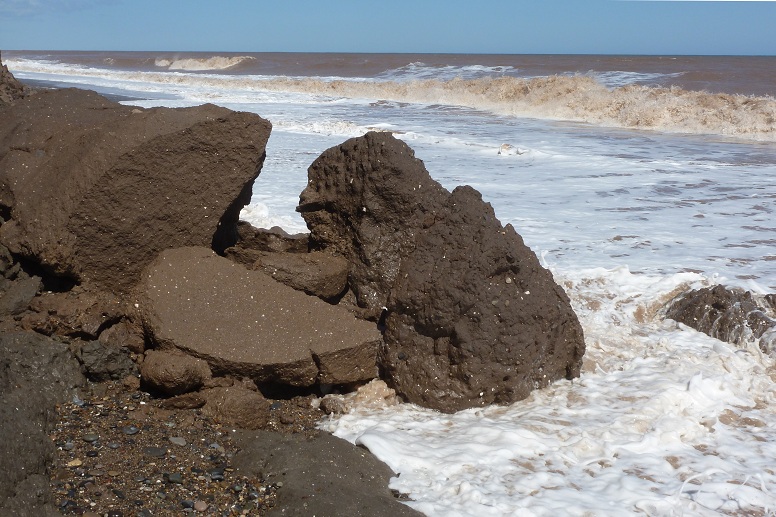 The picture shows stages of reduction from large lump to typical-sized mudball [Out Newton / Dimlington: 12 May 2012]. 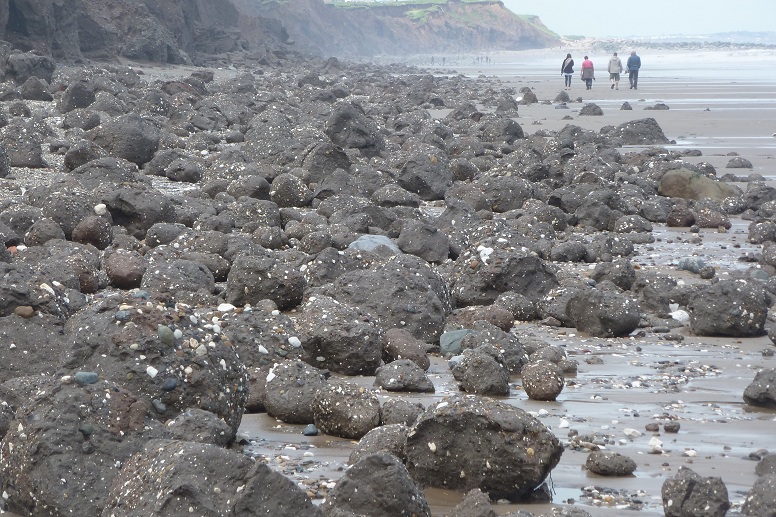 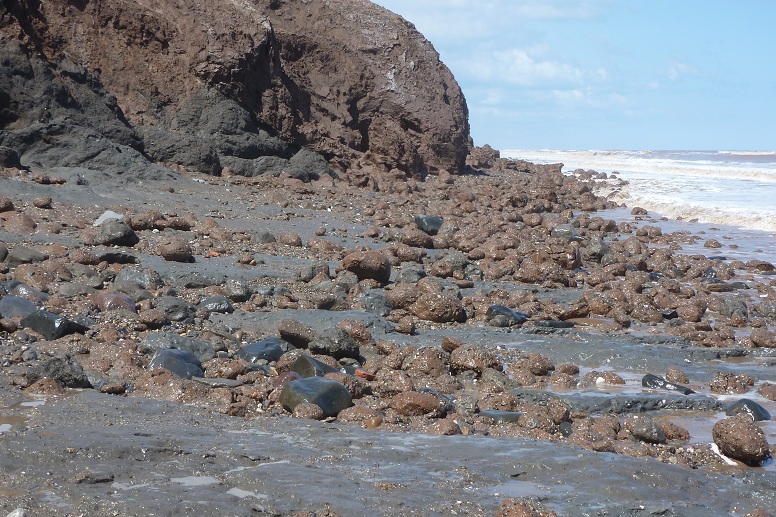 The ‘soft’ appearance of these mudballs suggest that they originated from clay affected by prolonged rainfall (see cliff in background) [Out Newton / Dimlington: 12 May 2012]. 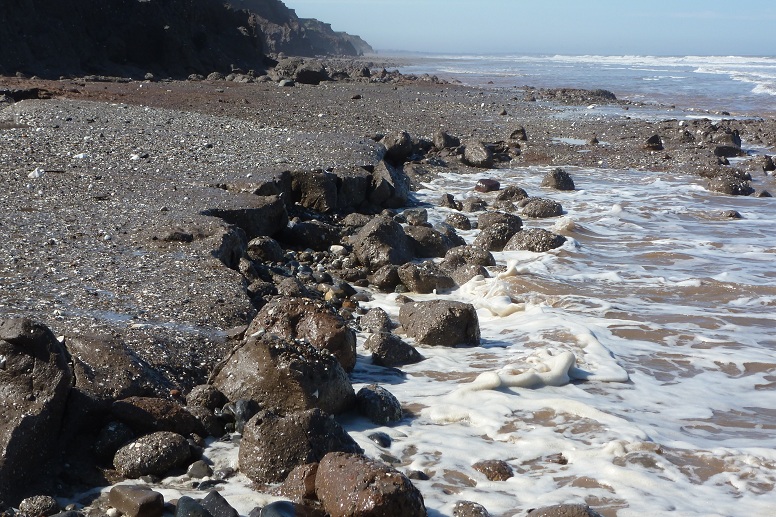 Another source of mudball is a breaking clay platform, where the beach has been eroded [Aldbrough: 30 April 2012]. 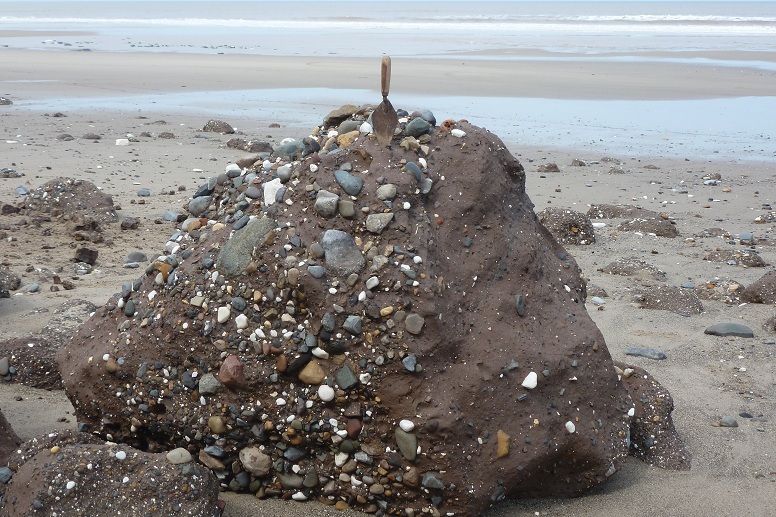 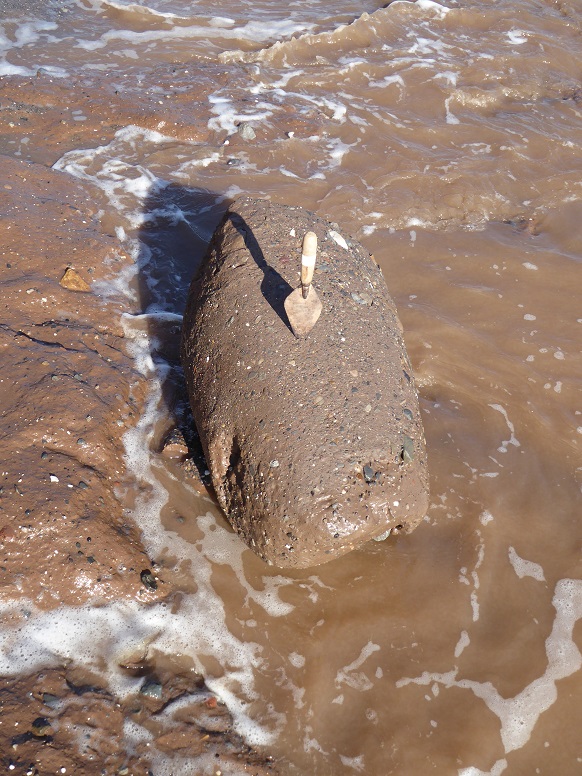 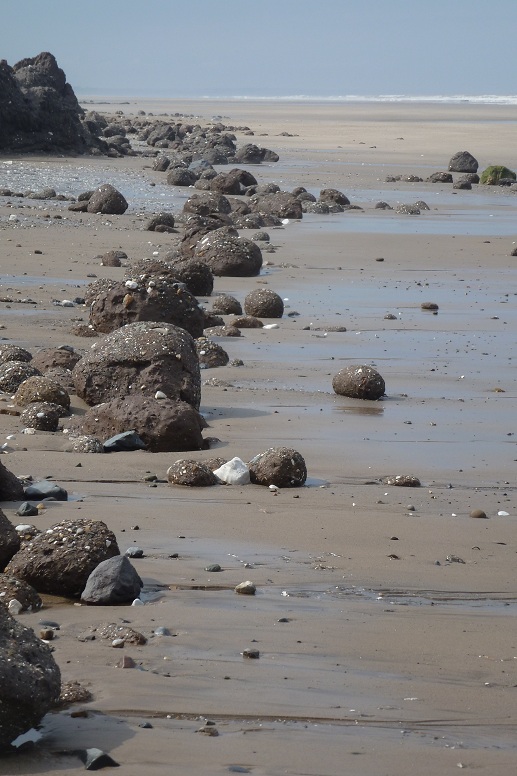 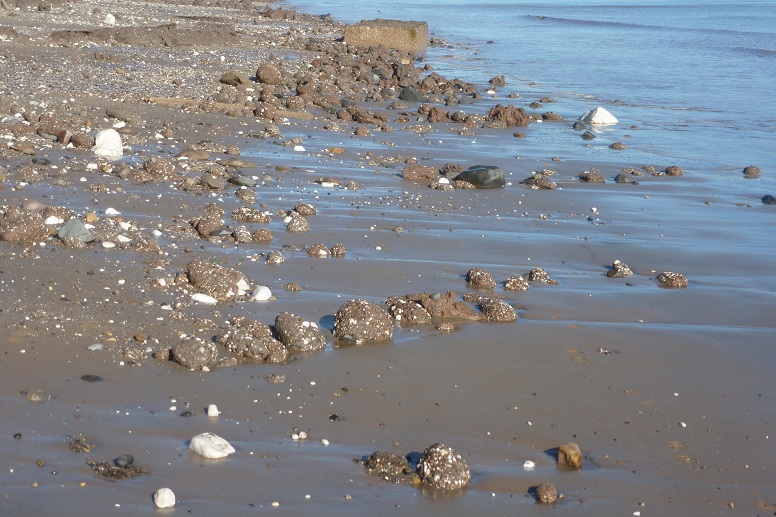 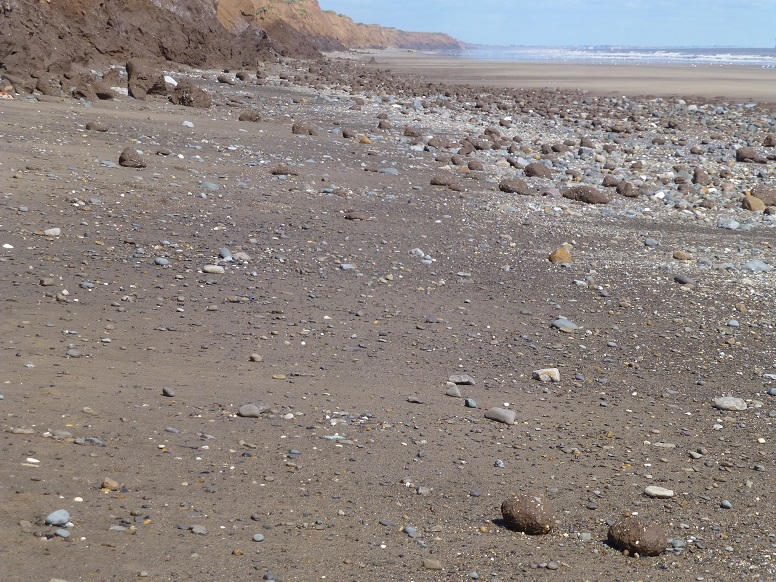 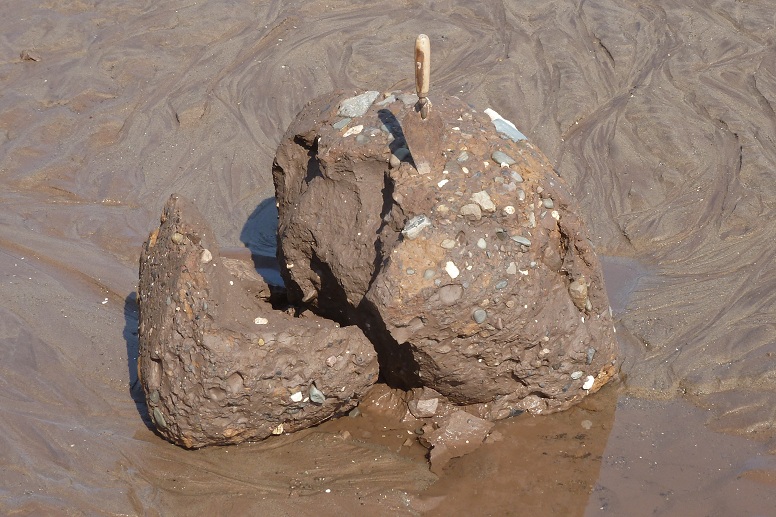 A naturally split mudball confirms that the armour is no more than surface... [Withernsea south: 3 September 2012]. 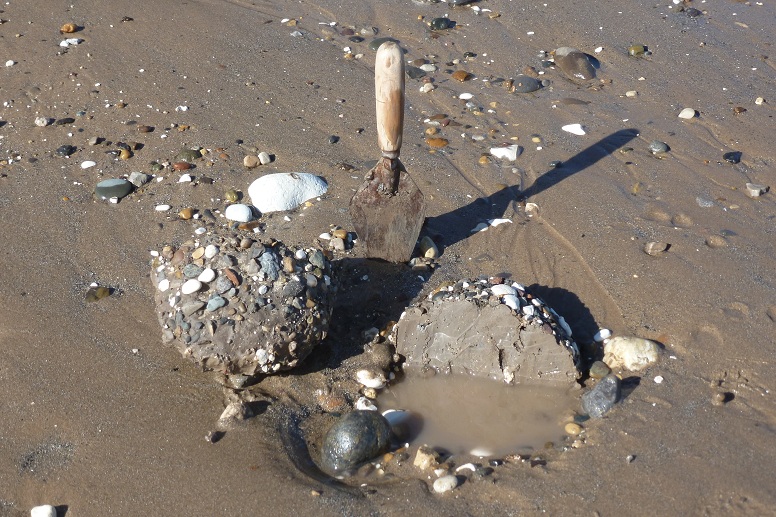 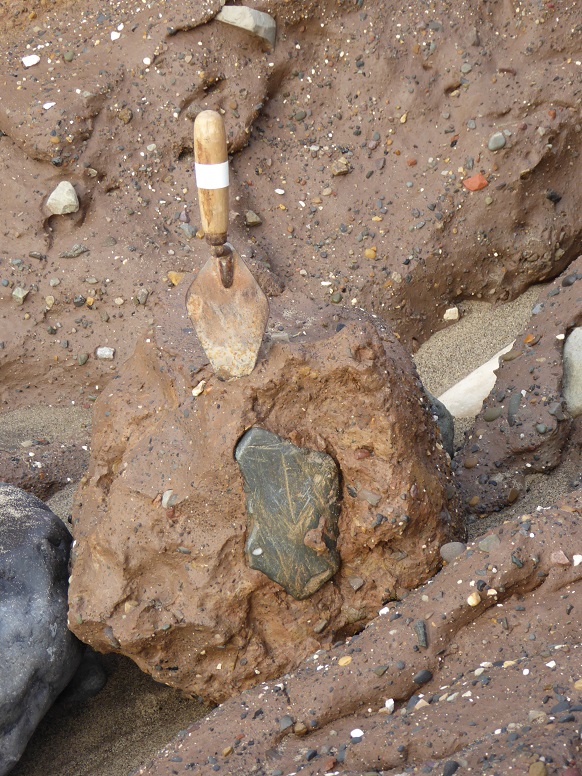 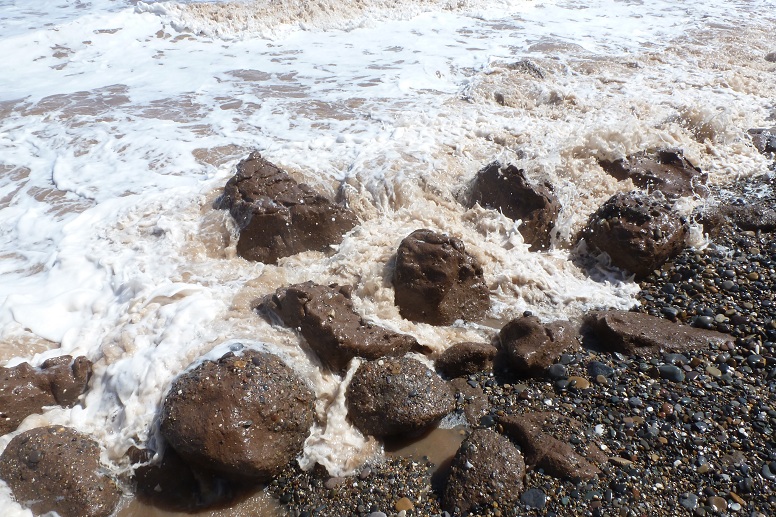 In general, a mudball will last for less than a month before the clay is lost in suspension and washed out to sea, while the pebbly armour is returned as beach sediment [Out Newton / Dimlington: 12 May 2012]. 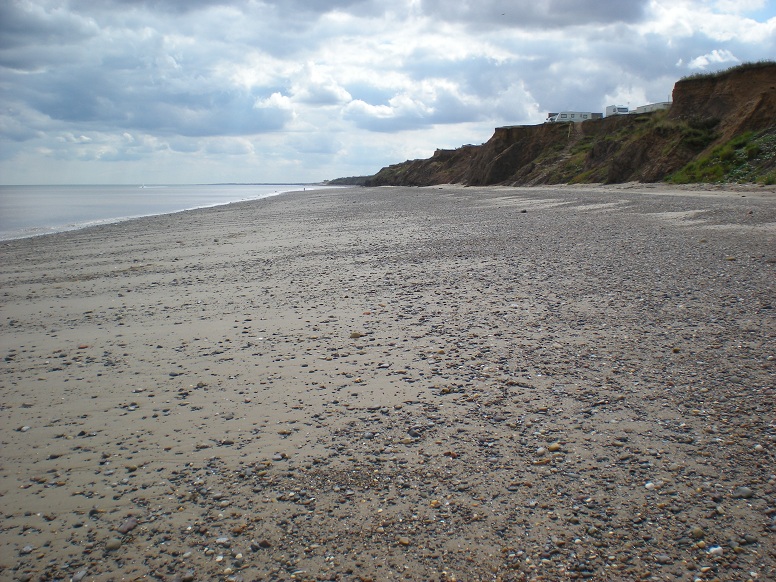 Mudballs are found anywhere but not necessarily everywhere. At times of low erosion, lengthy stretches of beach can be remarkably clear of mudballs [Atwick: 5 August 2011]. 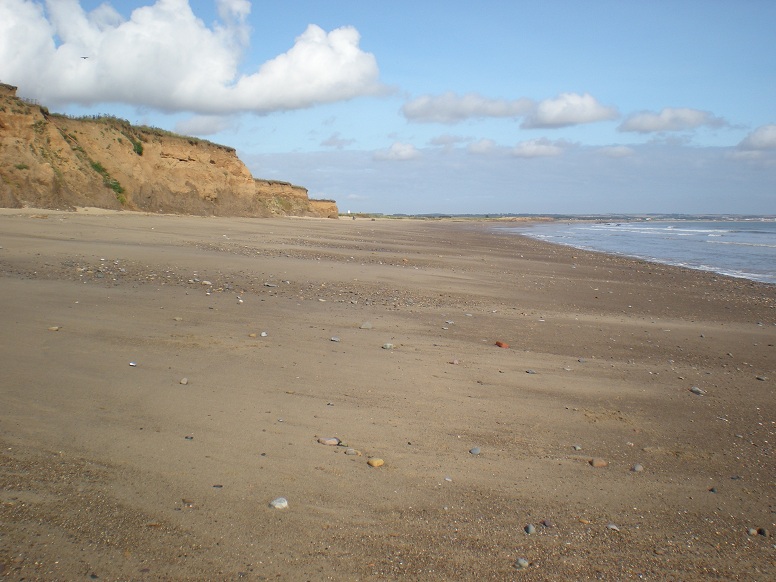 Created by Brian Williams in December 2012.