Between 5th and 6th December 2013, the North Sea experienced a storm surge said by the Environment Agency to be the most serious for 60 years.

Flooding and damage were widespread, including along the coast of the East Riding of Yorkshire. At Ulrome, part of a sea wall collapsed. Towards the low-lying southern tip of Holderness, holiday parks were particularly affected. 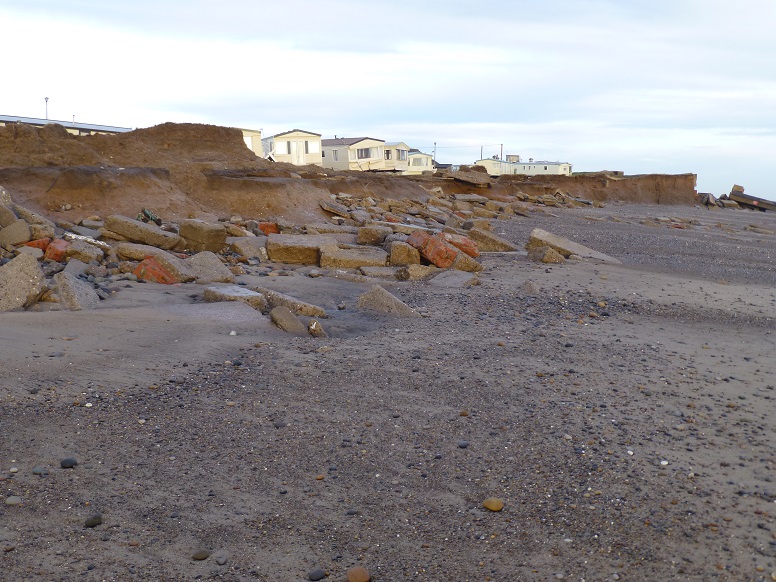 At the Sandy Beaches Holiday Village, static caravans pitched close to the low cliff edge are vulnerable to the sea. 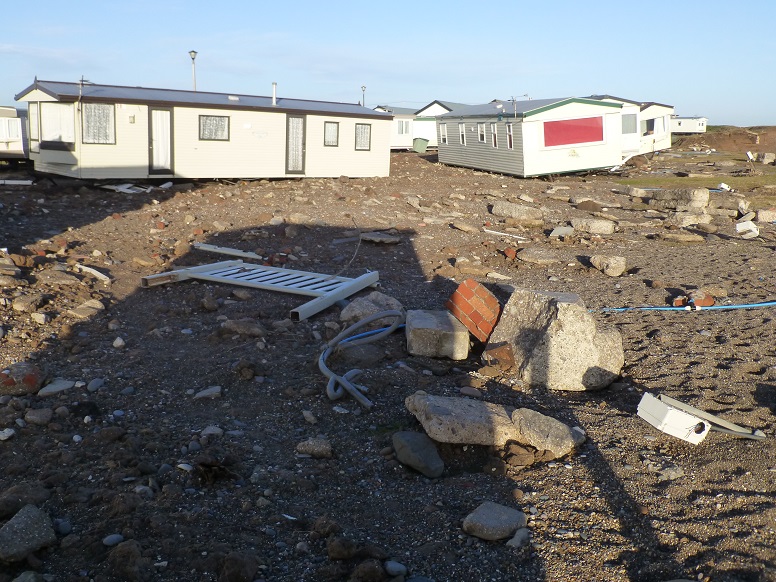 The storm surge of December 2013 repositioned some caravans. 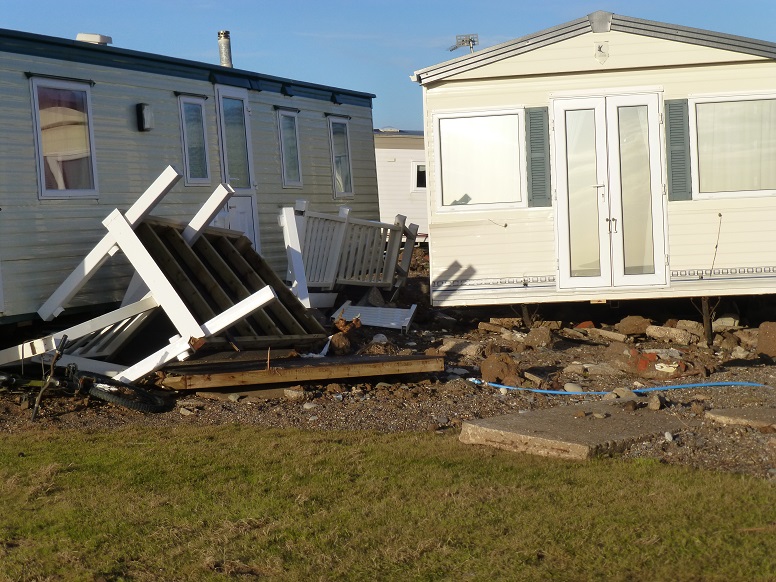 Extensive damage occurred across the site. 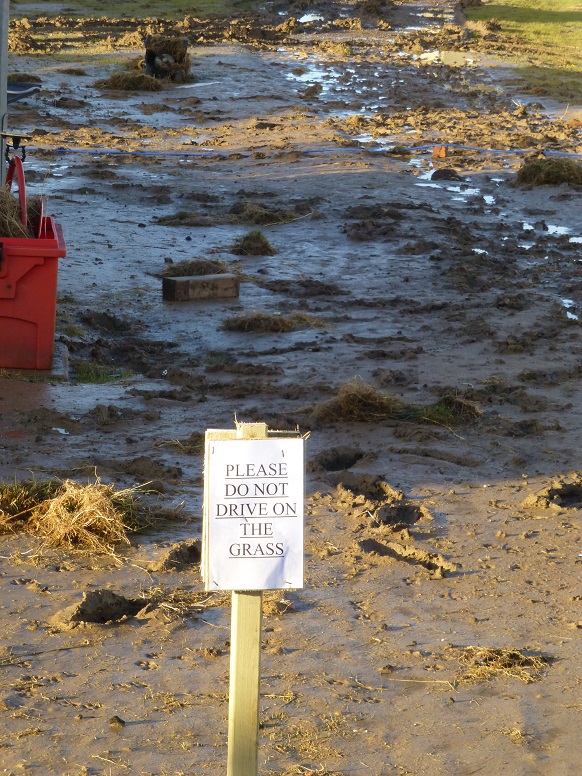 Flood-ruined furniture at the Riverside Hotel. 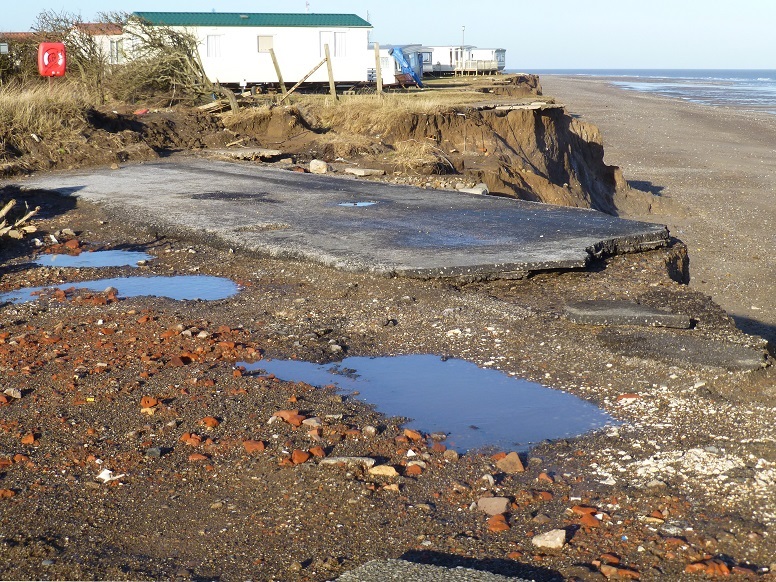 Easington Beach caravan park is also exposed to the sea. 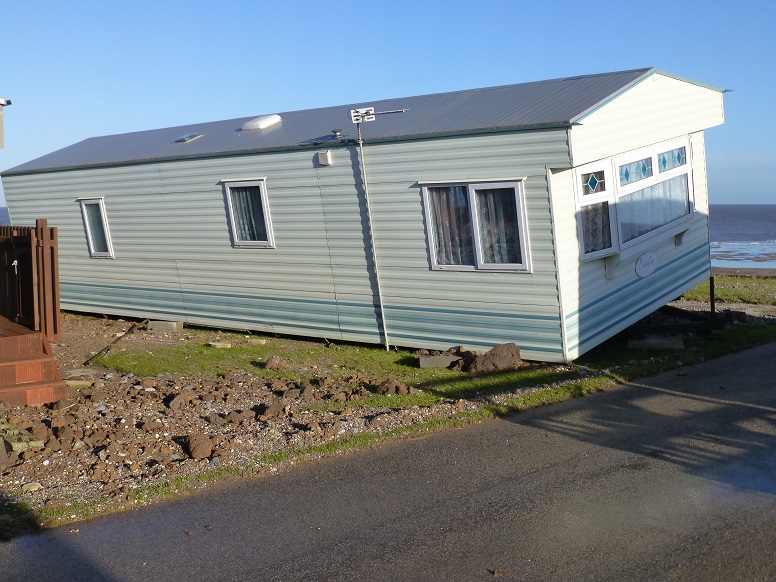 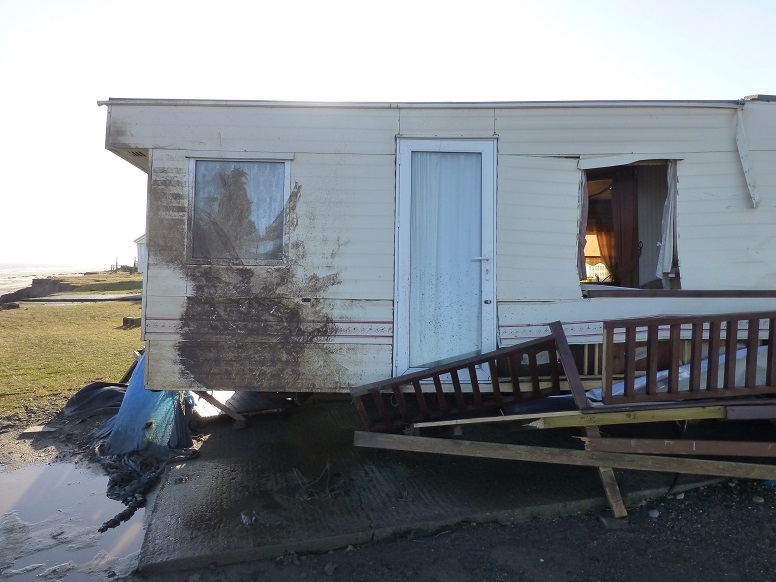 Open to the elements. 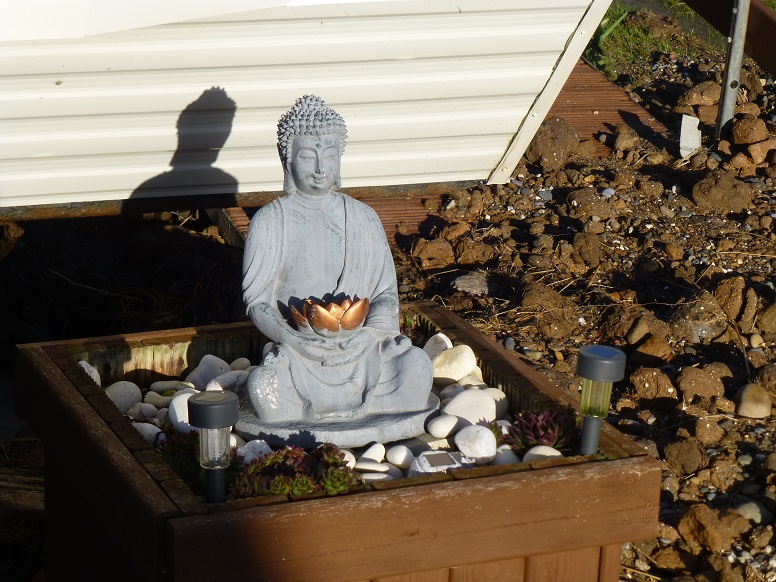 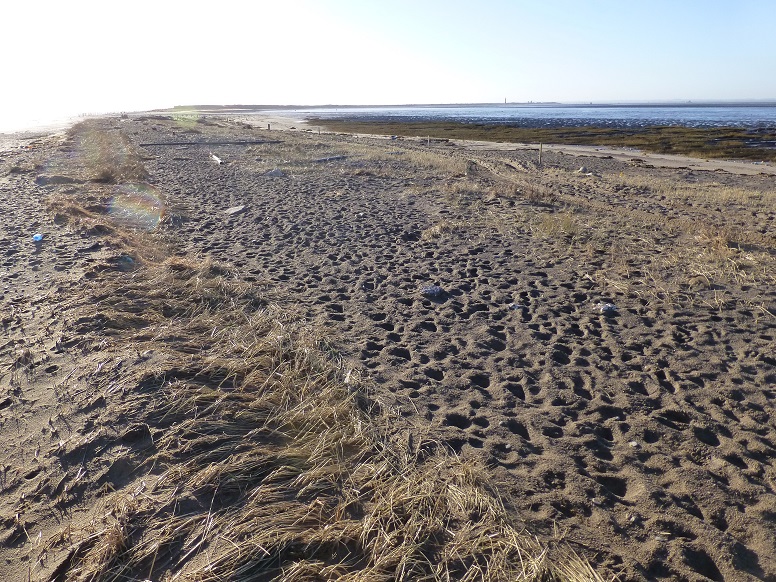 The narrow ground between sea and estuary (right) was breached by high waters. 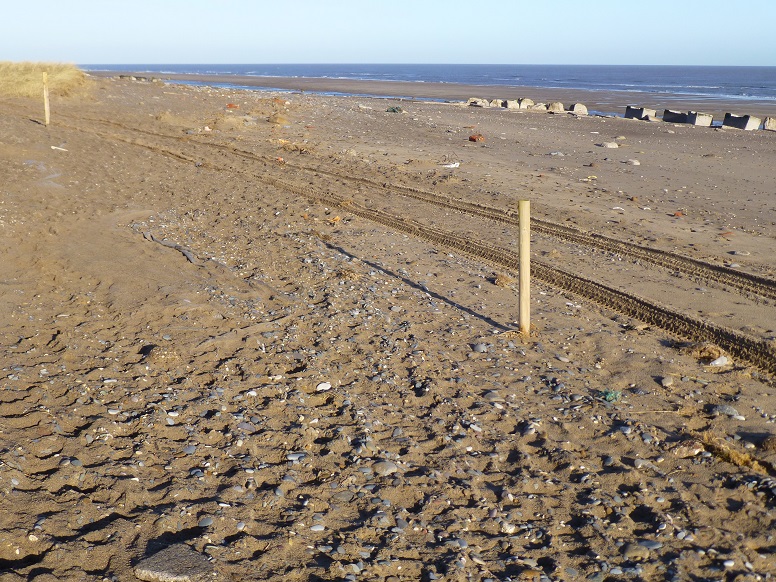 For a short distance, posts mark a vehicular route along the beach. The blocks in the background are from a wartime anti-tank barrier. 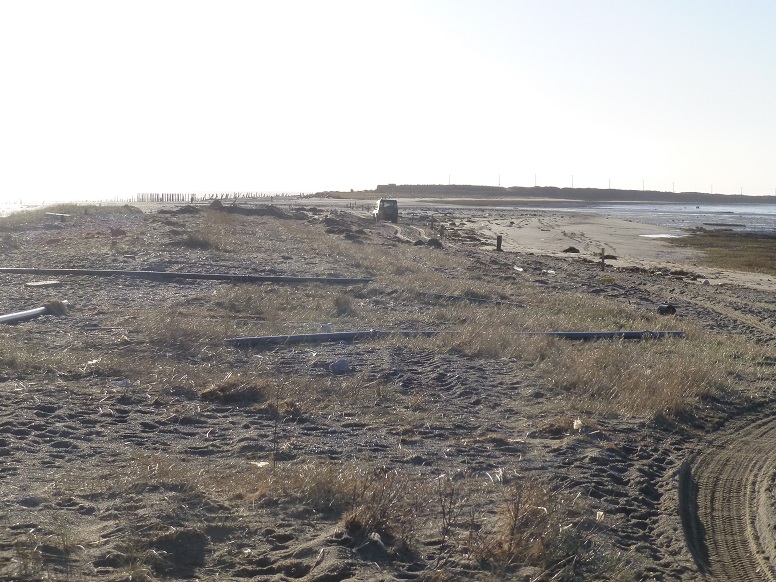 A Land Rover skirts fallen utility poles to wend its way down the peninsula.