Pictures taken at the same location show changes in cliff position over a relatively short period of time. 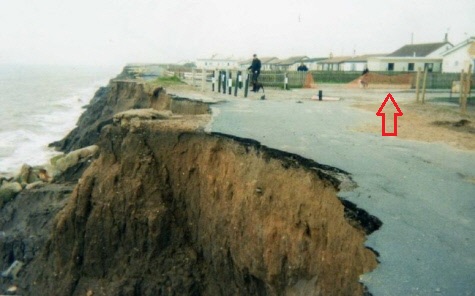 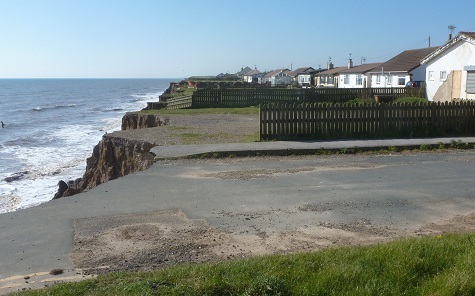 [L] The end of Mill Lane leading from the village of Skipsea. Until recently, the road turned here to follow the cliffs northward (towards camera) as Southfield Lane, continuing to Ulrome. Green Lane branched in the opposite direction [4 May 2008].

[R] The kerb end serves as a reference point to mark cliff recession over four years [26 May 2012]. 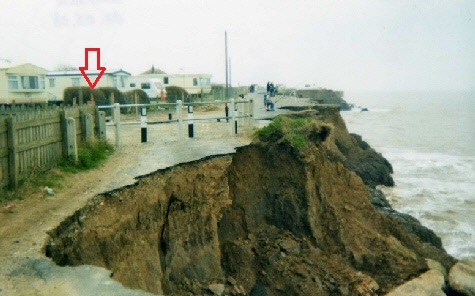 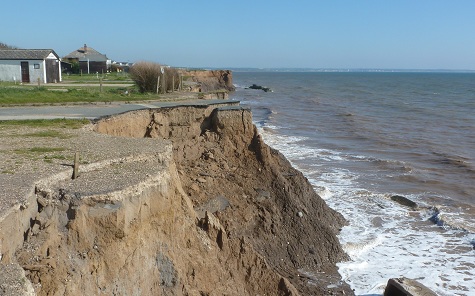 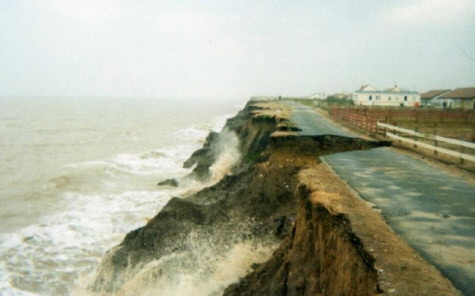 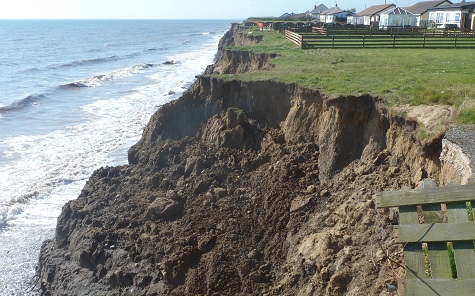 [L] To the south, the road is lost not only to motorists but also to pedestrians, unless they trespass or fancy the leap [4 May 2008].

[R] This section of Green Lane is completely consumed, and the gardens have been shortened [26 May 2012]. 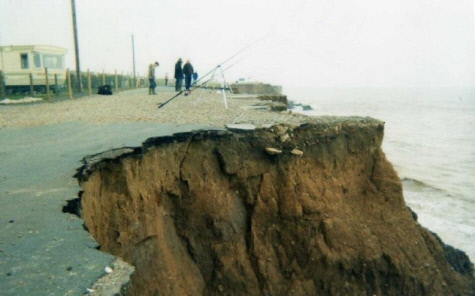 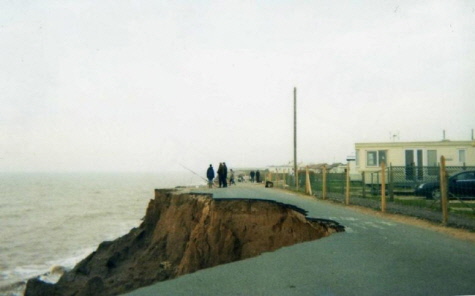 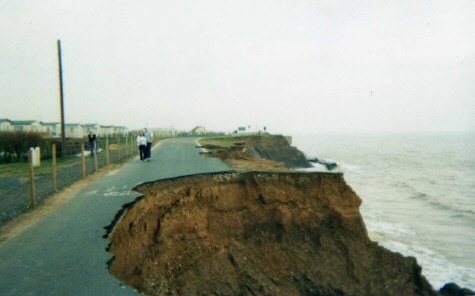 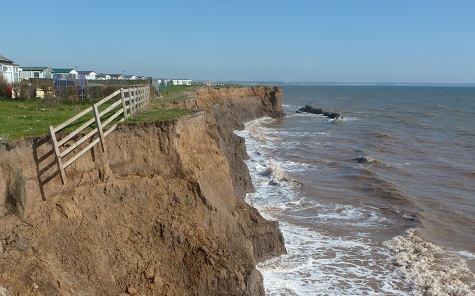 [L] Geology students will note an upper unit of the Skipsea Till, slightly lighter in colour [4 May 2008].

[R] The wire fence and cable pole are no longer available for reference ‒ nor is the roadway itself ‒ though the revetment at the foot of the promontory in the distance may act as a guide [26 May 2012]. 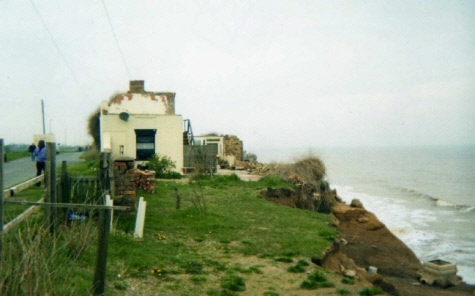 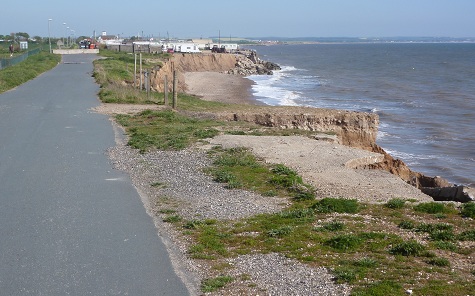 [L] Part of the now farmless Cliff Farm has been dismantled. The remaining structure was still occupied at the time of the photograph [4 May 2008].

[R] What little that is left of the cliff seaward of Southfield Lane as it enters Ulrome is cleared [26 May 2012]. 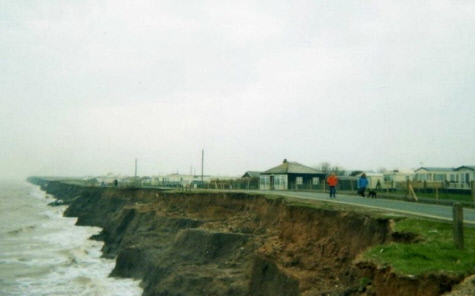 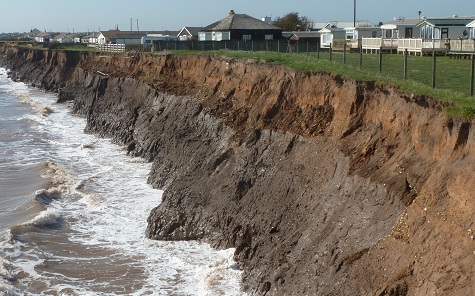 The property has since been demolished. 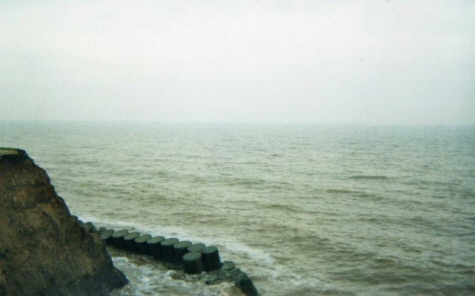 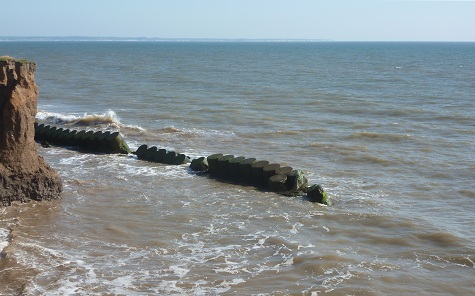 
The following three photographs, spanning a period of a little over six years, give an idea from beach level of the rate of cliff recession behind the revetment at Skipsea. 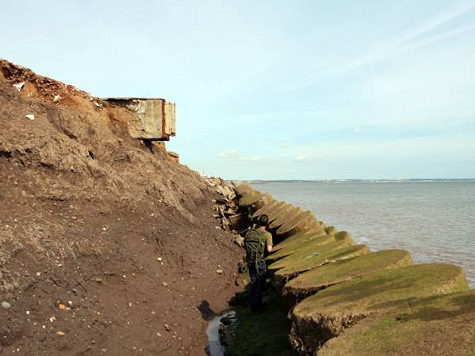 Taken on 3 August 2007 by Helen Wilkinson, the picture shows the revetment at the base of the cliff. The body protruding from the upper cliff is a sunken container. 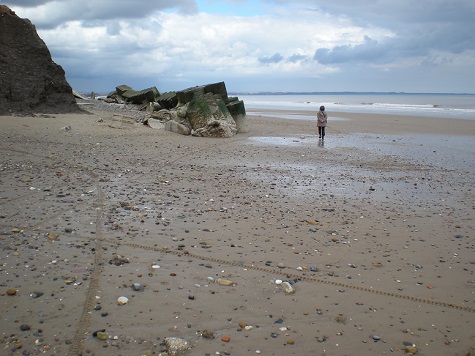 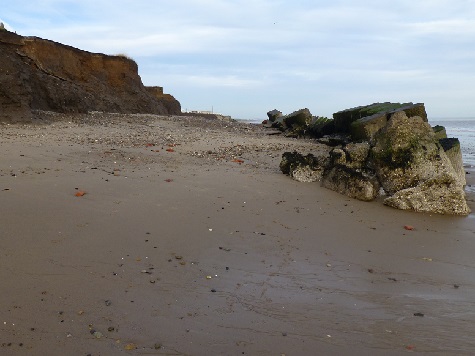 In spring 2015, the revetment was completely removed. 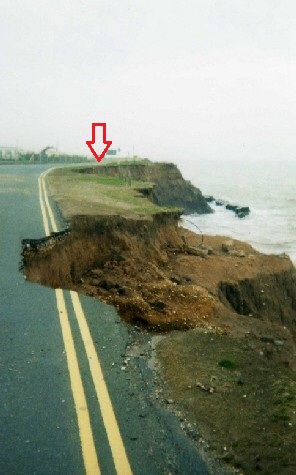 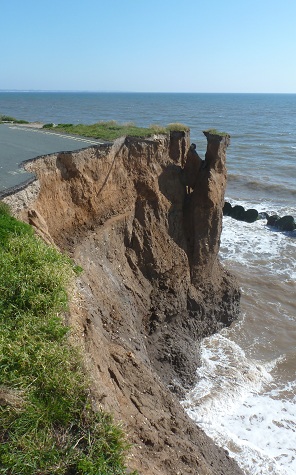 [R] Nibble becomes a hungry bite. Next to the truncated road, a finger of cliff is about to topple, pressed by a piece of clay wedged in the separation gap [26 May 2012]. 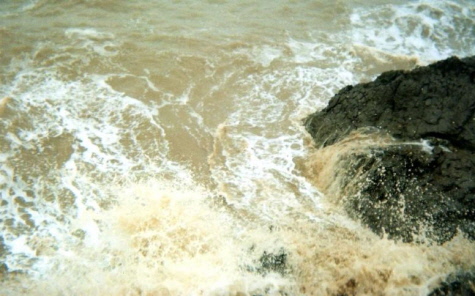 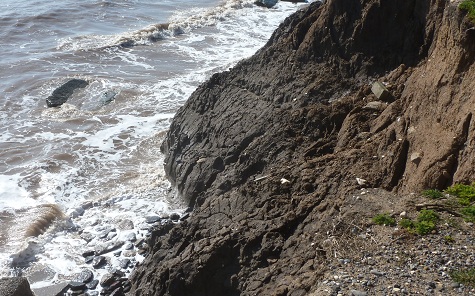 [R] Same action, same location, about twelve metres displacement to the west [26 May 2012]. 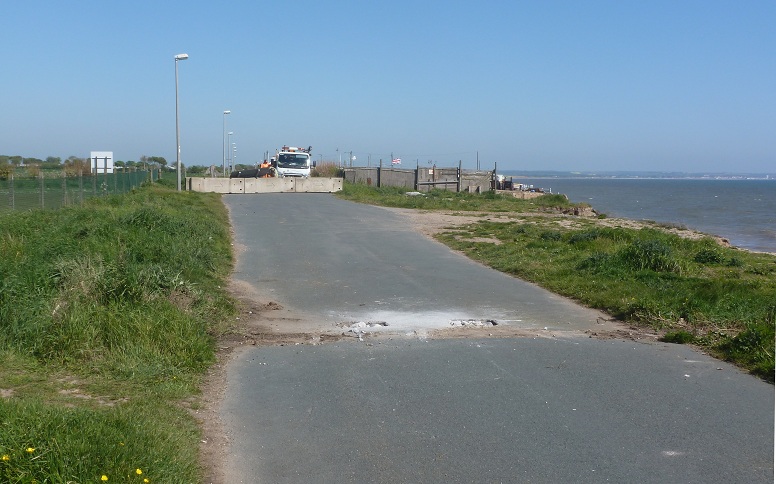 In the distance, a work crew finish a move of the road traffic barrier. The previous position of the barrier is apparent in the foreground [26 May 2012].