Skipsea Withow Mere was one among many meres, or lakes, across the East Riding of Yorkshire that resulted from retreating glaciation, and may have been one of the larger ones. Hornsea Mere still exists but Withow was being consumed by coastal erosion some four centuries ago.

The western remnant, a lake margin marked by beds of peat and sediments, is a Site of Special Scientific Interest (SSSI), and a number of studies have been conducted over the years.

Organic material within the peat layers is dated as being nearly 10,000 years old at the bottom and around 4,500 years at the top.

Meanwhile, erosion by the sea is relentless. The first three pictures are of the track leading to Withow from Cliff Road (formerly Cliff Lane), off Hornsea Road, Skipsea [TA 18152 55186]. They depict cliff recession over a period of twenty-two months. 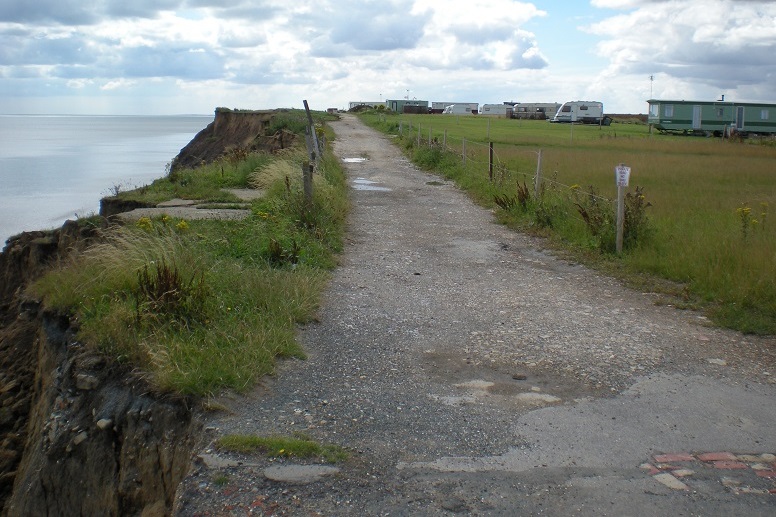 On the left of the picture, a concrete base can be seen. Some early satellite imagery shows the cliff top community still situated on the seaward side of the track [5 August 2011]. 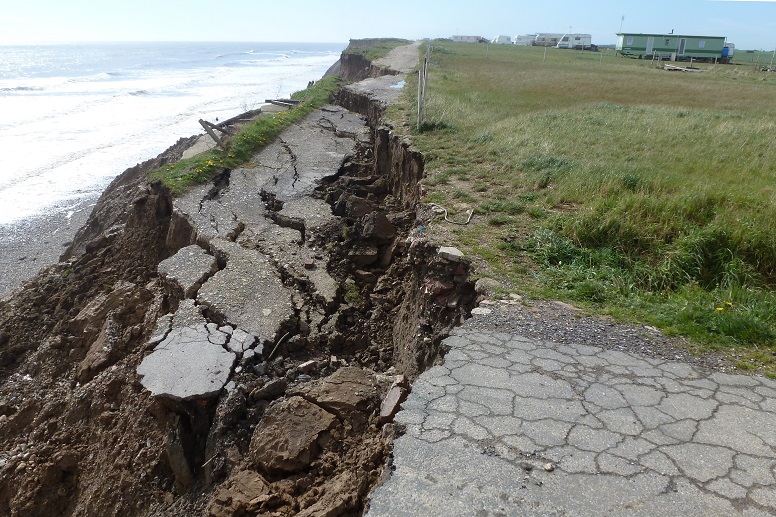 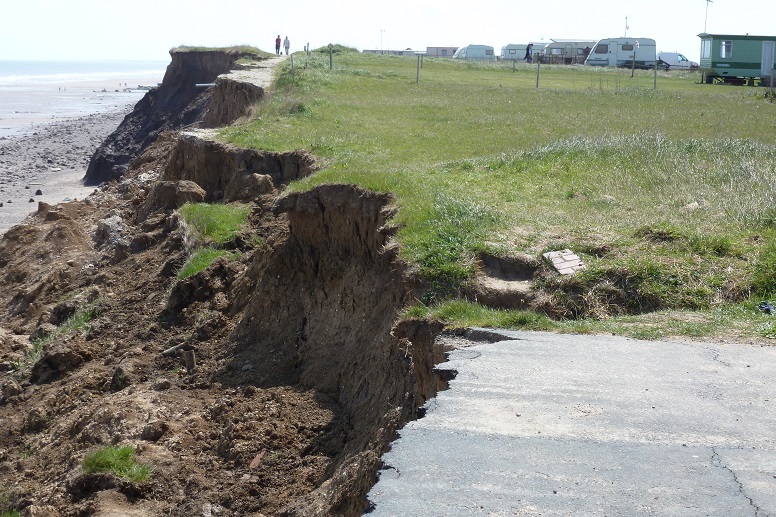 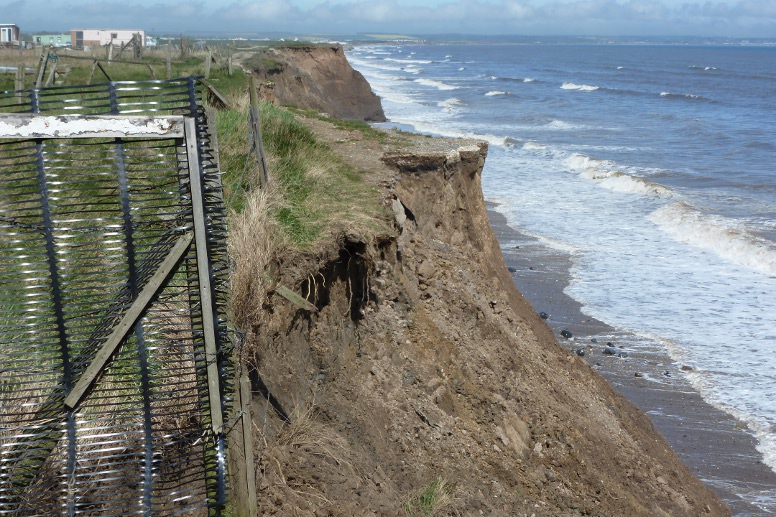 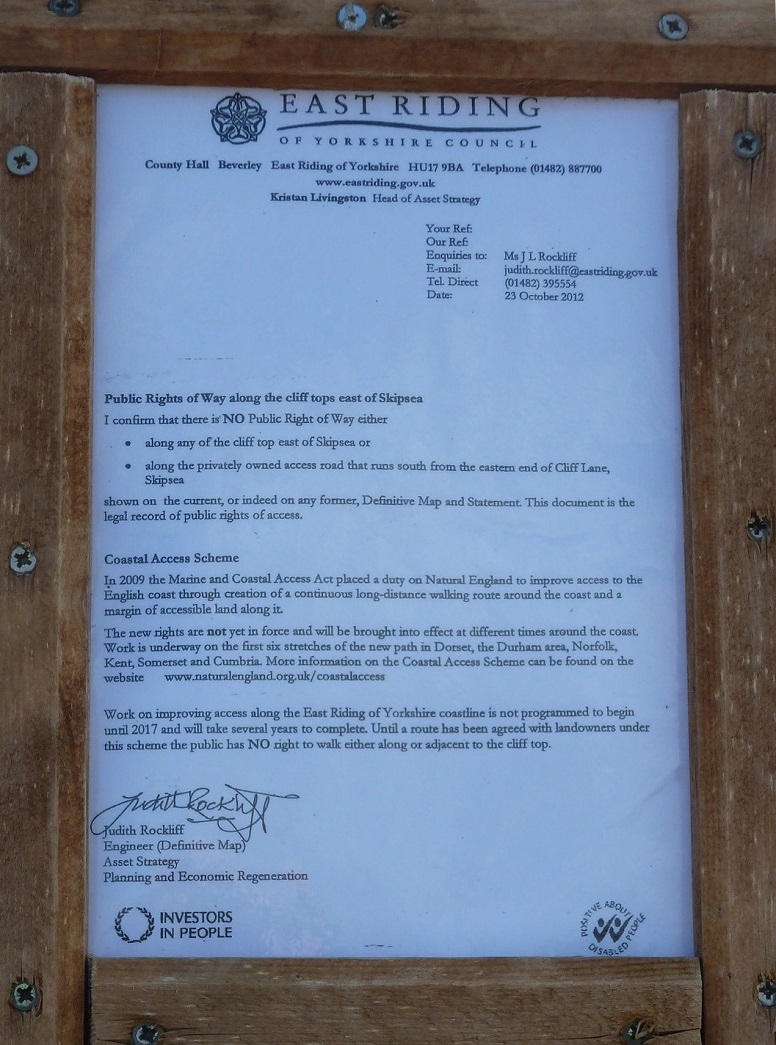 A route along the cliff top is not only physically denied but officially, too [2 June 2013]. 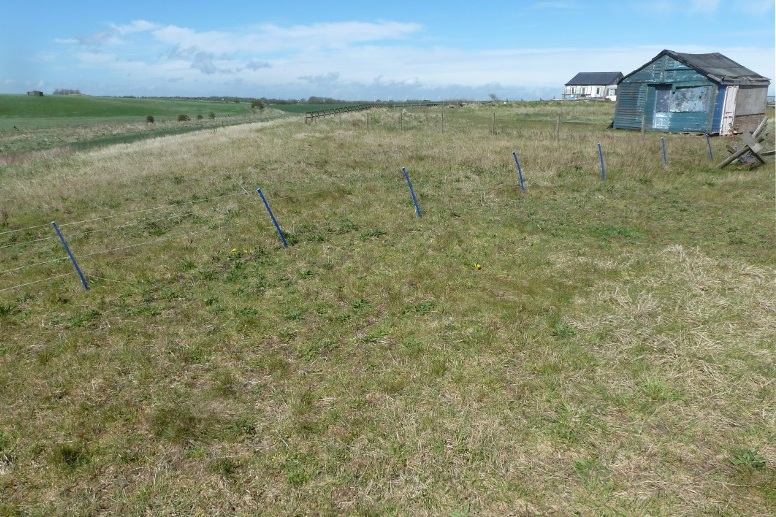 Alternative access to the Withow site is possible by walking the Withow Dyke from Mr Moo’s ice cream parlour on the B1242 road. In this view inland from the cliff, the track occupies upper left of picture, where it crosses the bed of an extension to the main mere [30 April 2012]. 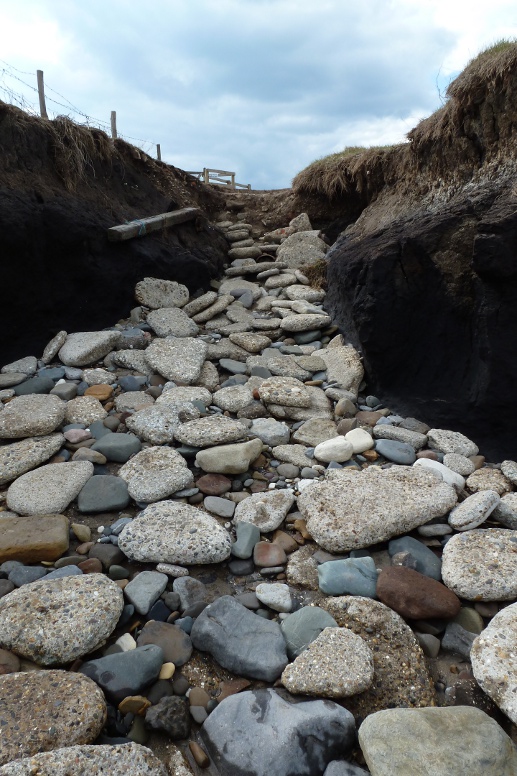 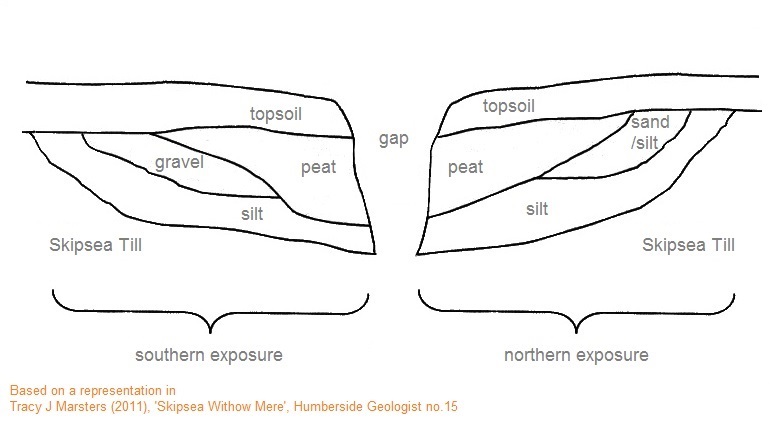 Sketch of main beds at Withow.

Skipsea Withow site from low water. The yellow thread at the left of the picture is a dangling drainage pipe. There is a small tent pitched on the stony heaped beach under the southern exposure. Surface level of the mere would have been metres above the present beach [15 July 2012]. 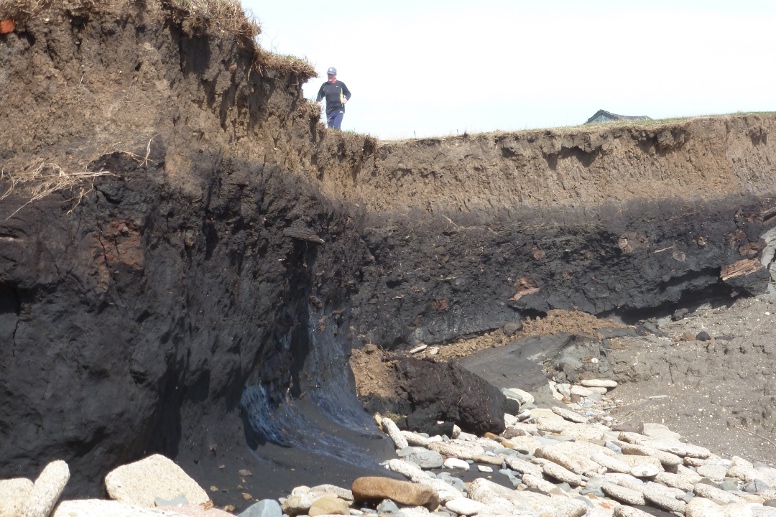 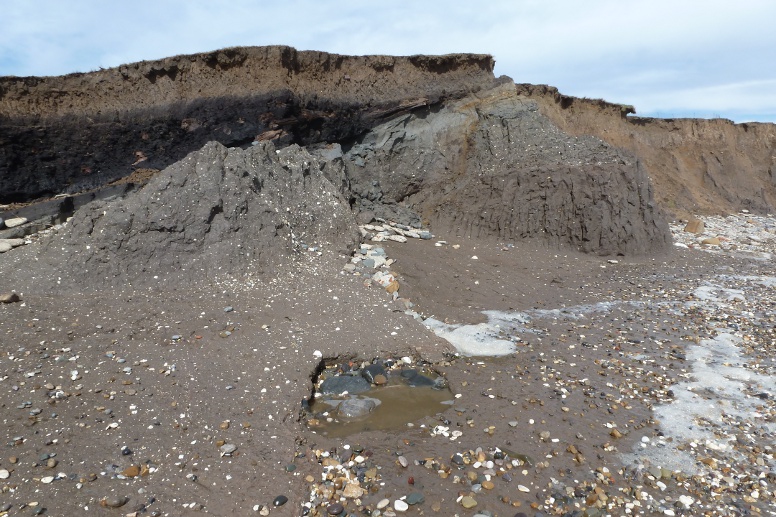 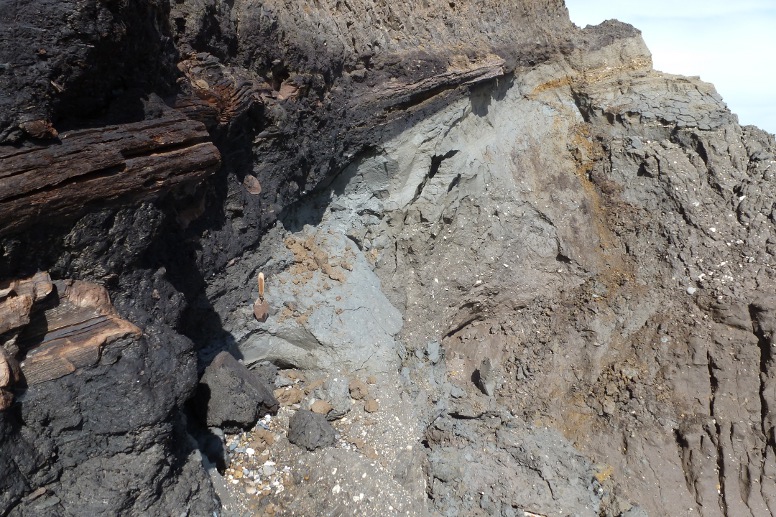 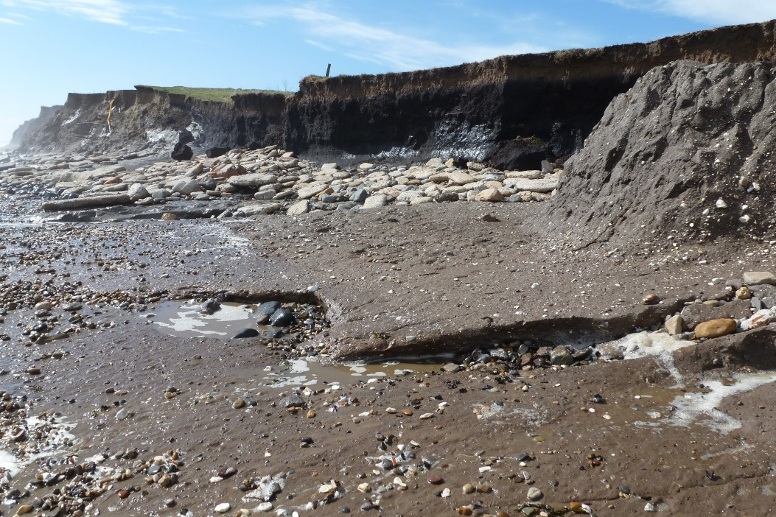 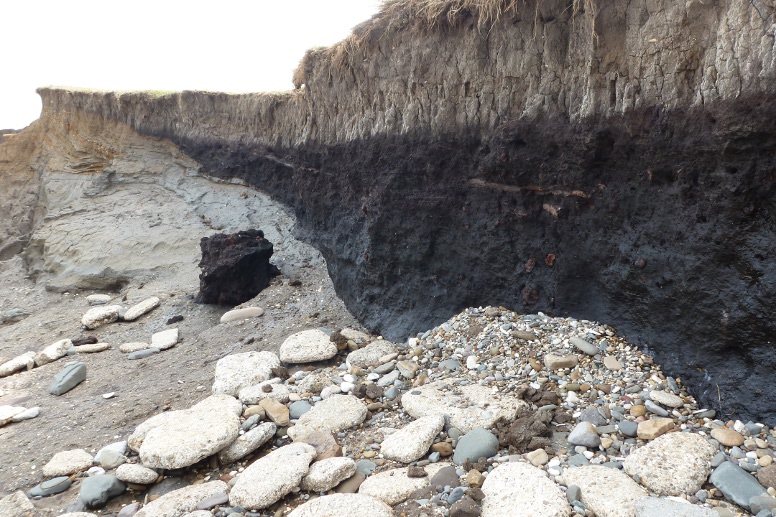 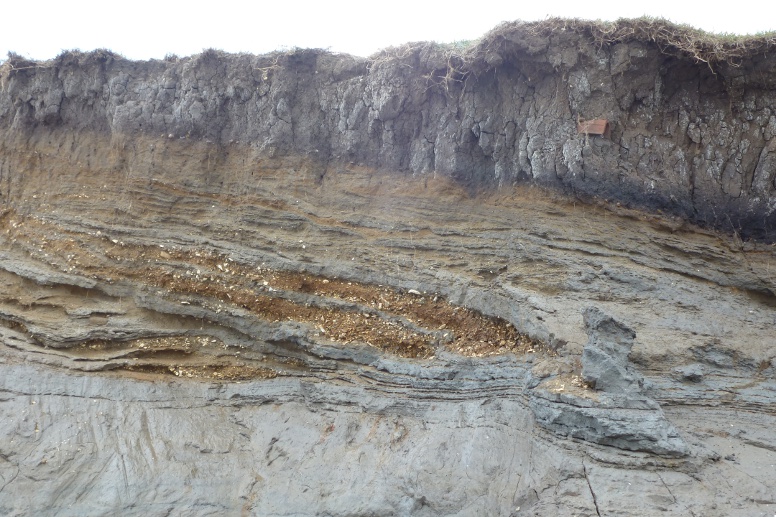 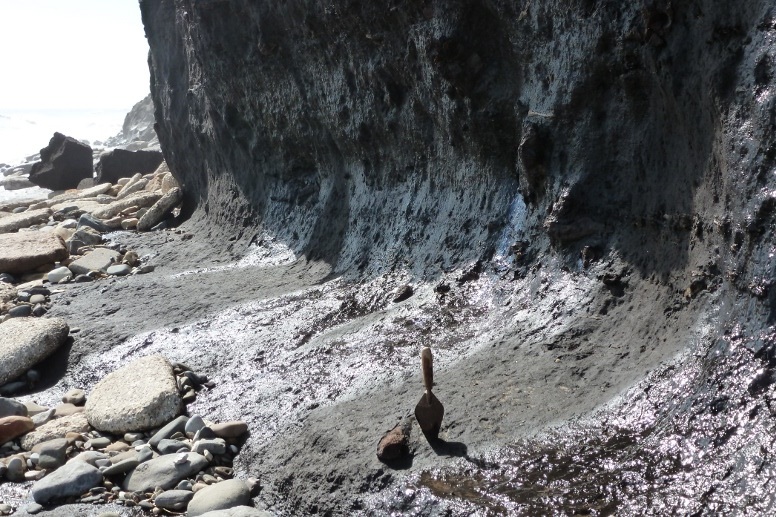 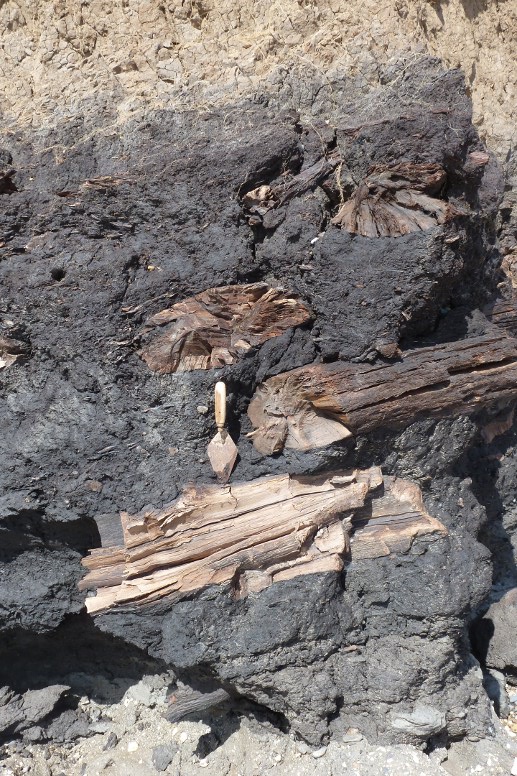 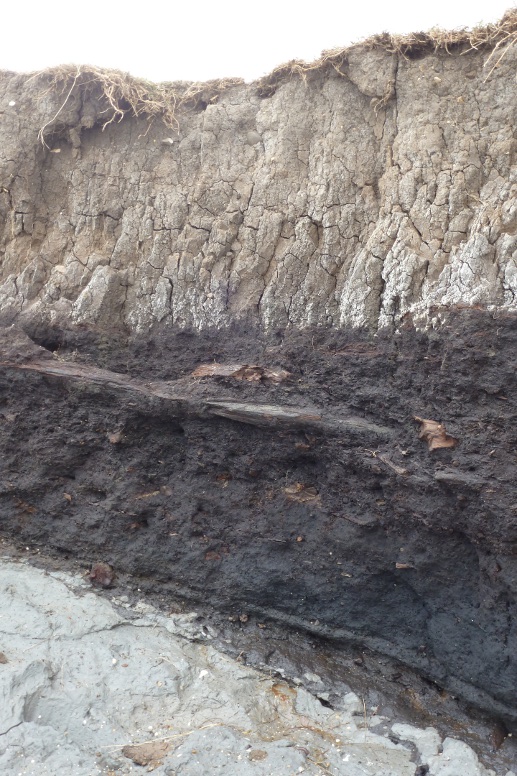 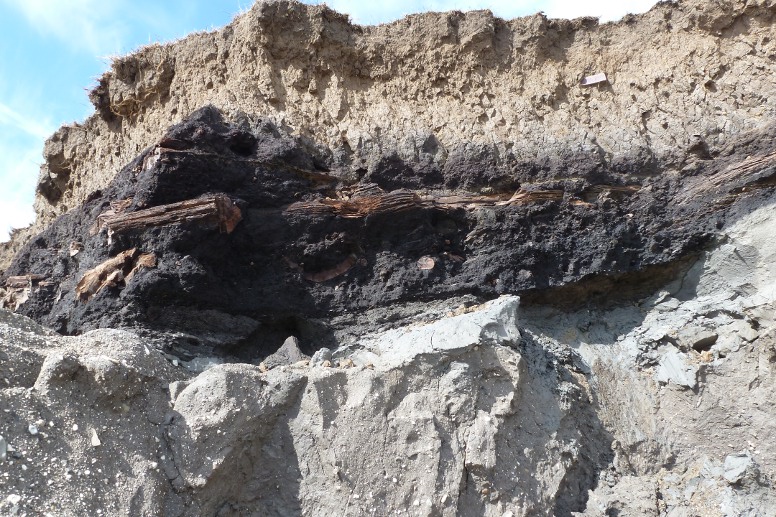 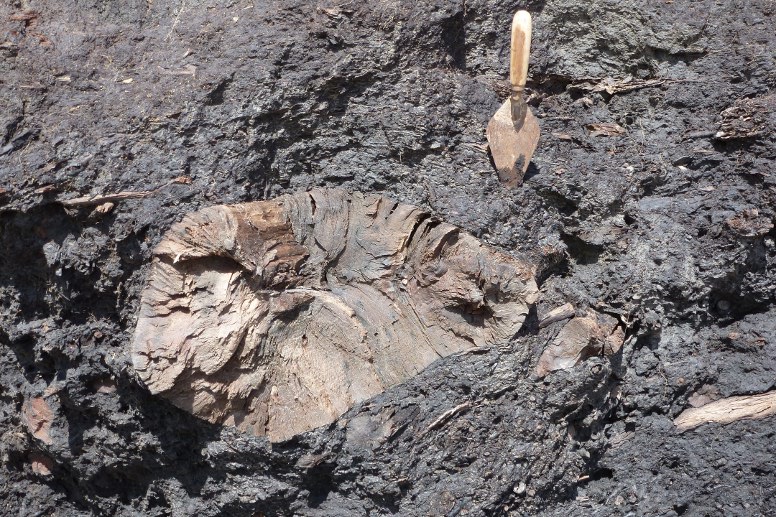 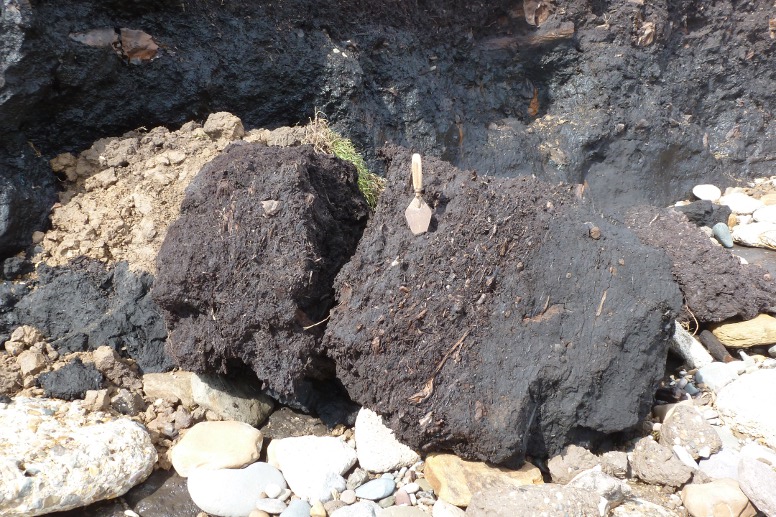 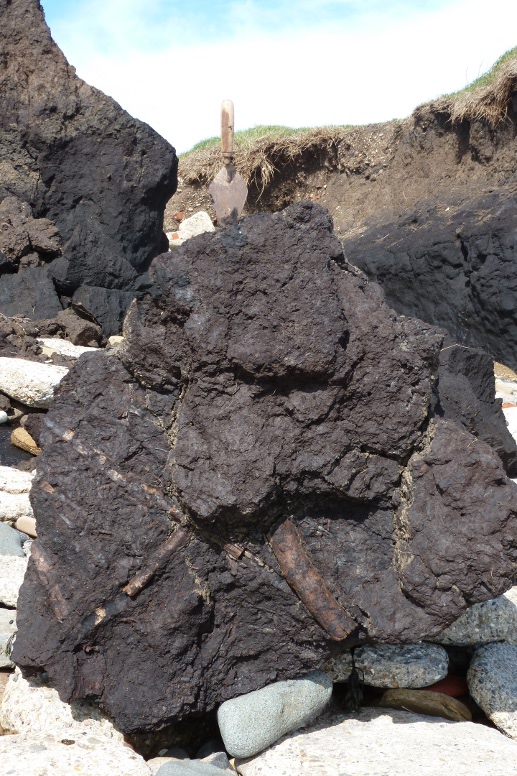 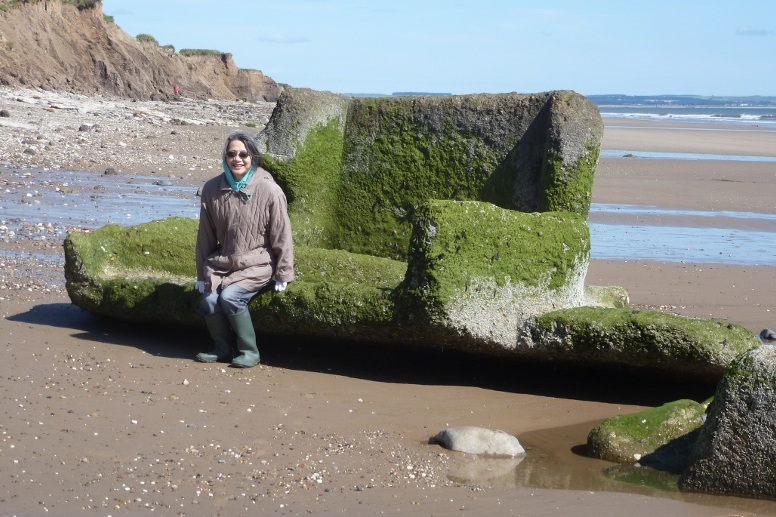 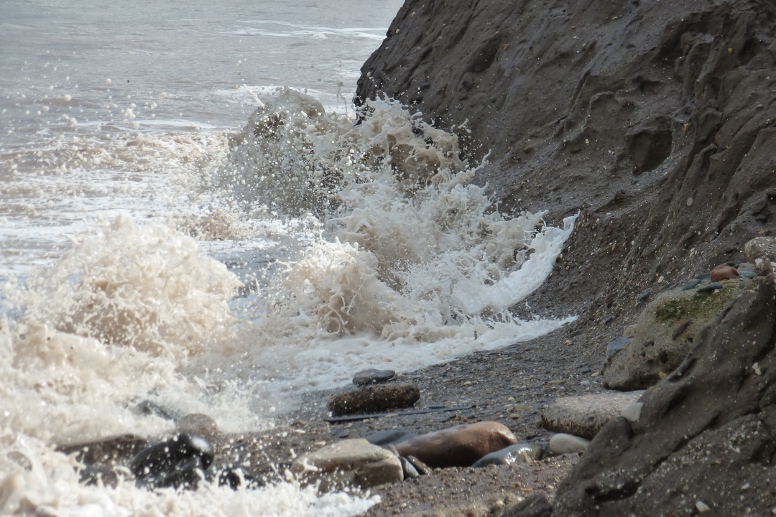 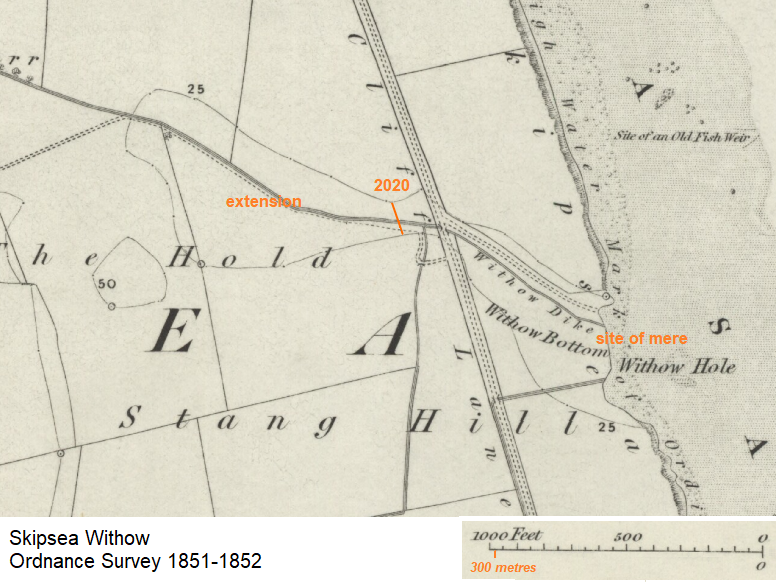 The map shows the Skipsea Withow site at the middle of the nineteenth century. A north-west to south-east orientation for the mere is suggested. Approximately 200 metres of cliff have been lost since the time of the survey.

Also indicated by the 25 contour line (measured in feet) is the bed of the 'back mere' extension.