This page is intended as a supplement to the data summary and the data in detail pages.

By the term cliff line is meant the top edge of the cliff, where land comes to an end.

Published erosion tables based on the monitoring profile plan are compiled from measurements taken along the actual line of the profile (Pr96 in the example).

Sometimes a maximum loss may be quoted. Not to be confused with the biggest value against a profile in the tables, this is the greatest difference between cliff lines of two consecutive seasons observed within the profile section.

Each section extends laterally either side of the profile line, a distance normally of 250 metres.

Listed below are recorded incidences of maximum cliff loss.

Data is supplied by East Riding of Yorkshire Council.


It is possible to calculate digitally the total area between cliff lines and produce an estimate of land loss, thereby reducing distortions that arise when exceptional losses coincide with sample points. The method is not currently applied on a practical scale.

Cliff line positions from 2018 annually back to 2003 are available at Channel Coastal Observatory (View Layers).

To monitor the cliff line, a surveyor walks the distance carrying back-pack GPS equipment which continuously records position. The following pictures show some difficulties that may be encountered. 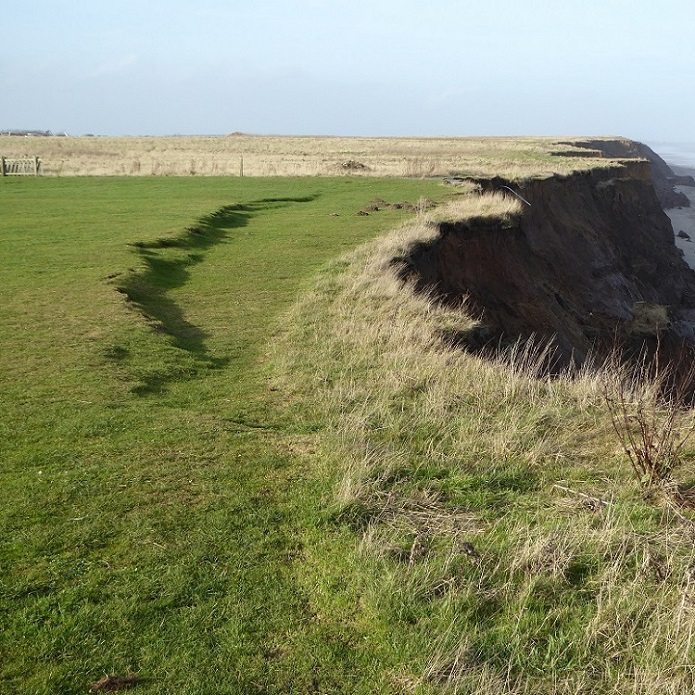 A new cliff line appears as a slide begins. The emerging cliff edge in the immediate foreground and at the far end of the grassed area is not so easy to determine but may be assumed [Aldbrough: 3 February 2017]. 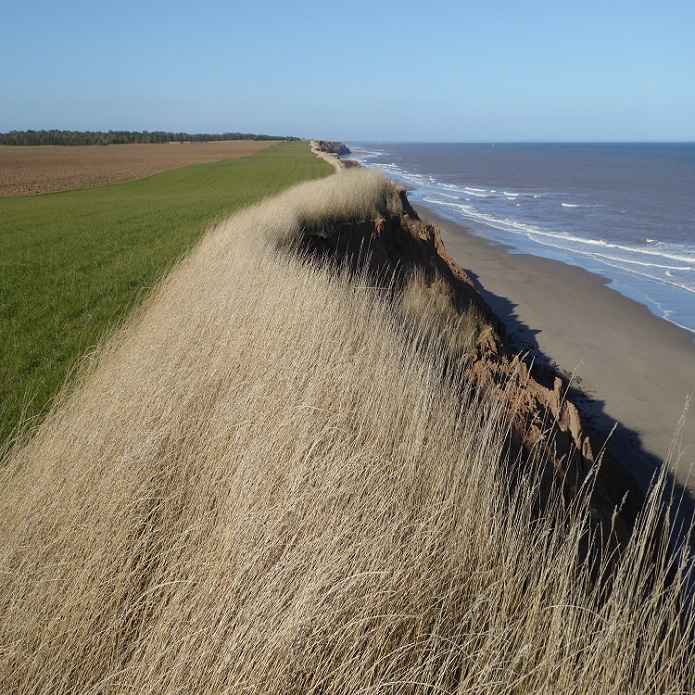 The edge of the cliff is obscured by a previous season’s ungathered crop. Beneath the growth are cracks and an uneven surface which make closer investigation hazardous [Hilston: 22 October 2018]. 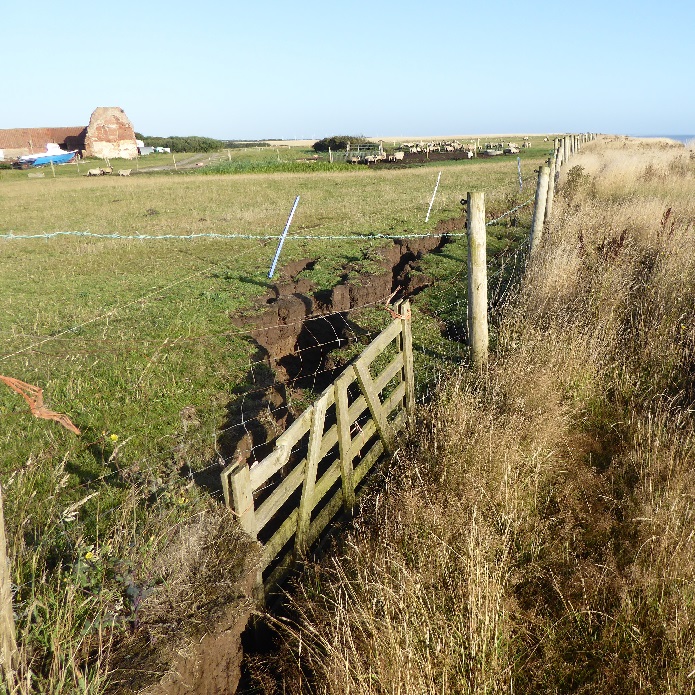 Although the line of the new cliff is clear, it lies within a fenced area. An inner wire prevents livestock from straying into the crack [Grimston: 20 August 2020].