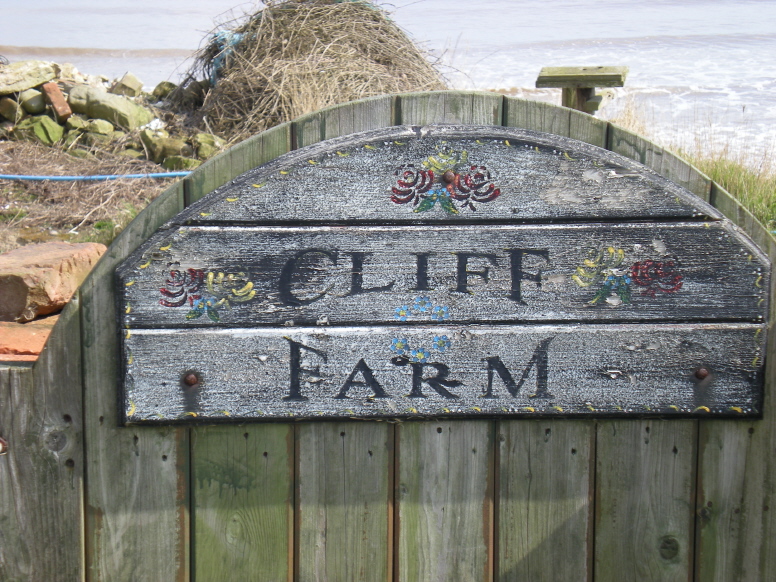 The address may have a certain appeal... 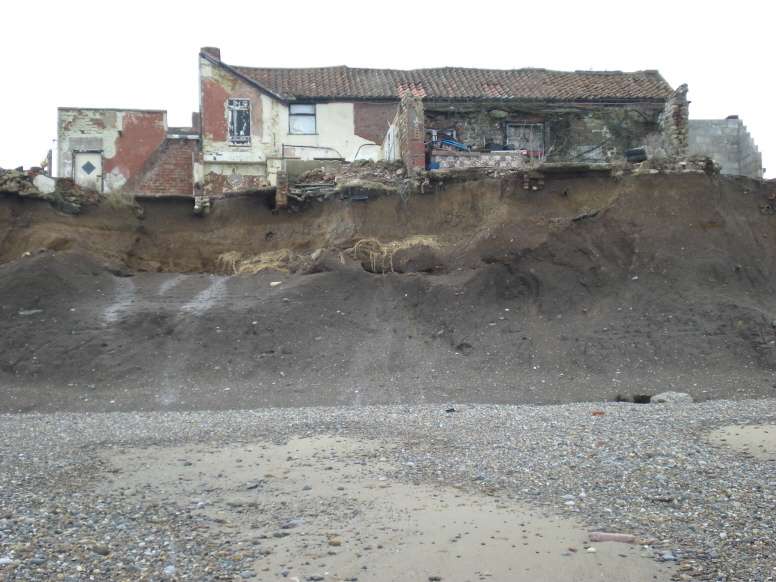 ...though the location gives cause for concern.


The site of Cliff Farm (or Cliff Top Farm) at the boundary of Ulrome and Skipsea is now completely cleared. Maps placing the farm in relation to previous cliff line positions are available here. 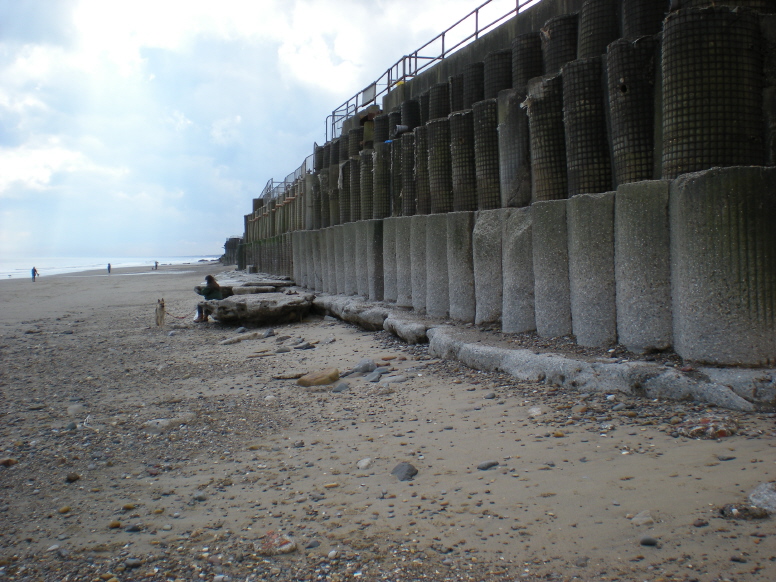 Privately built defences to protect Ulrome’s seafront from the eroding power of the waves make up in mass what they may lack in elegance. 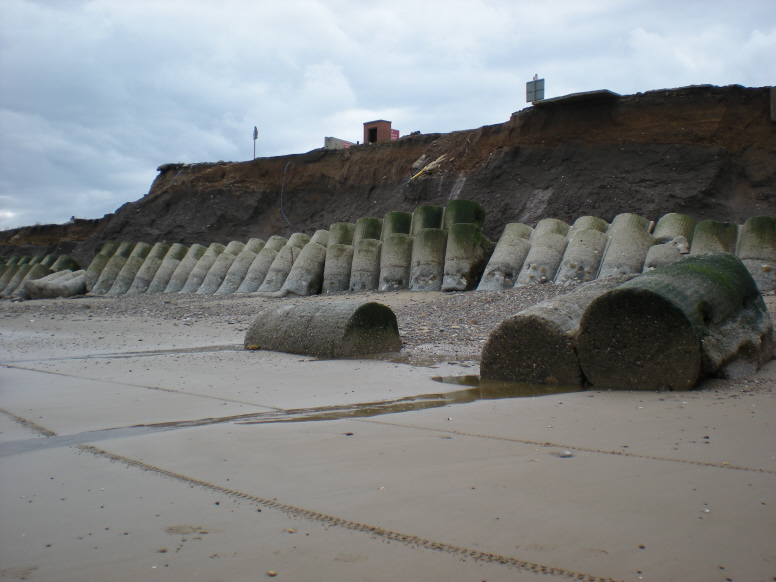 A similar design is used for a nearby revetment. 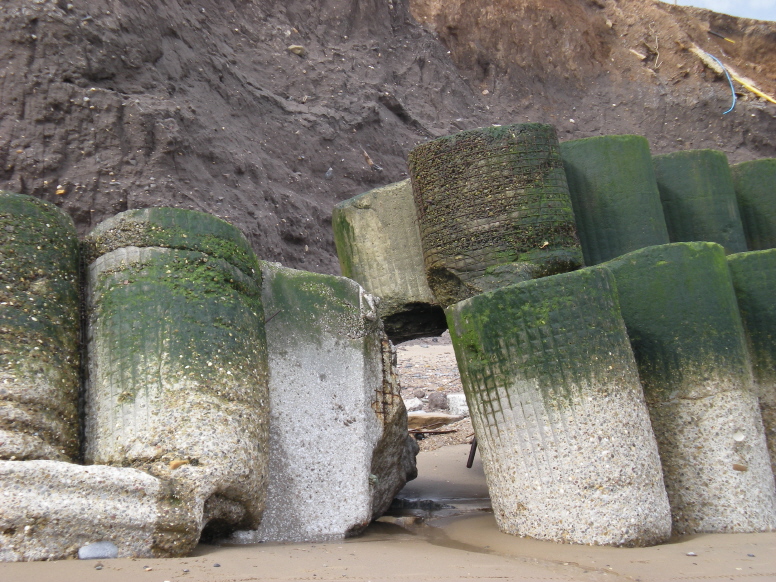 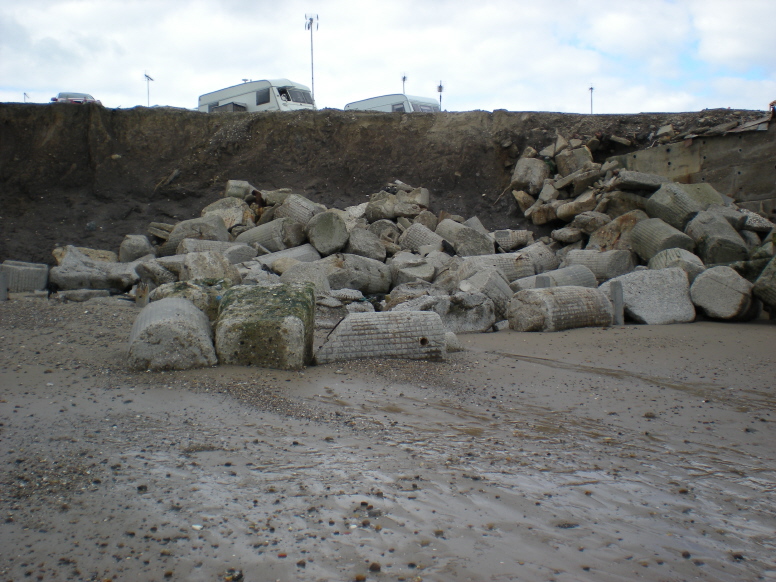 ...and all comes tumbling down. 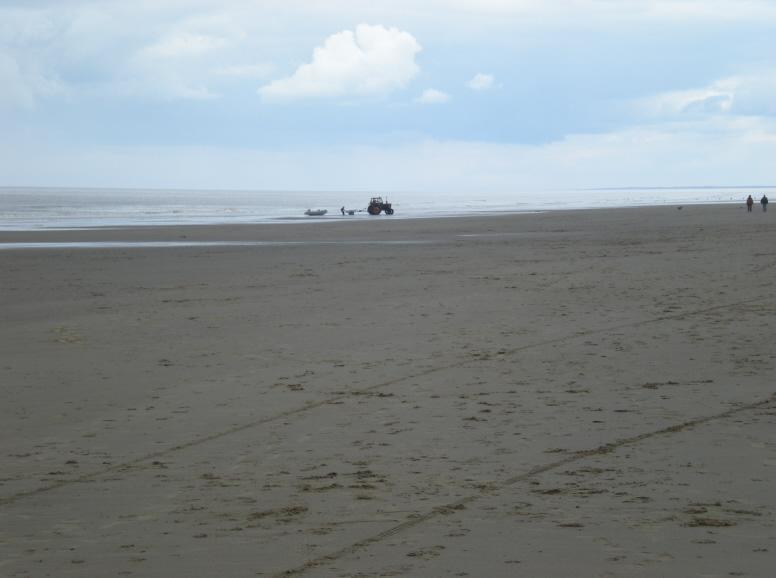 Sometimes it’s difficult to imagine the destructive force of the sea. 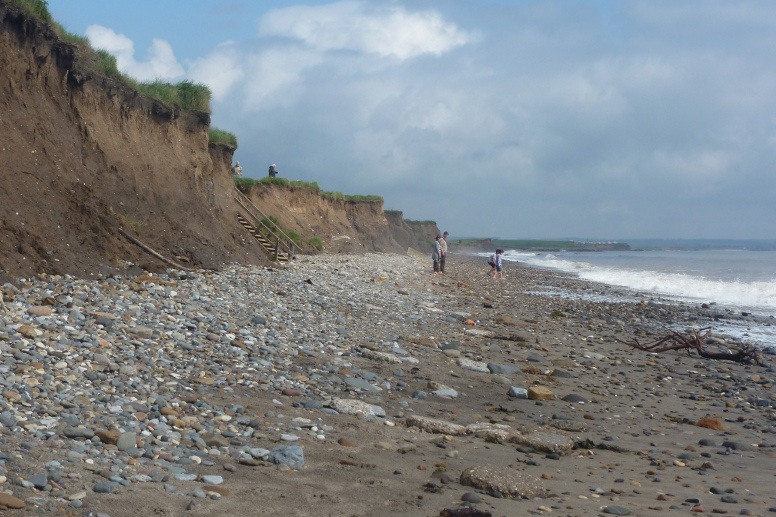 The beach at Ulrome to the north of the protected seafront. 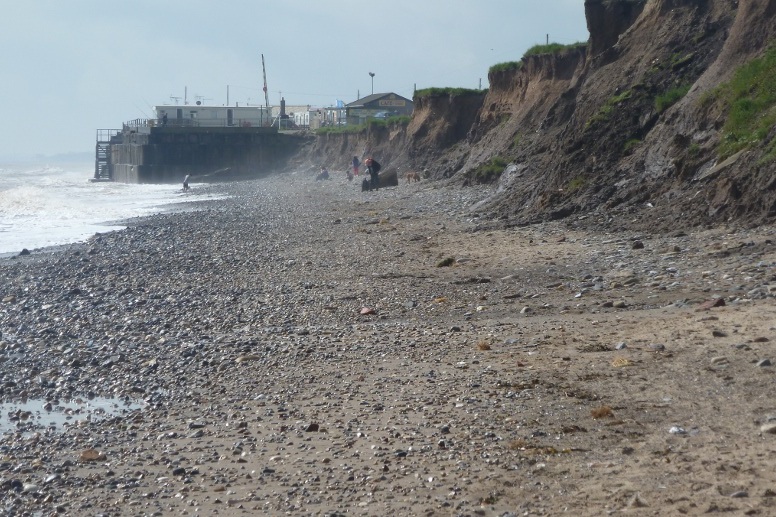 A view in the opposite direction shows how the defended area projects from the retreating cliff line. 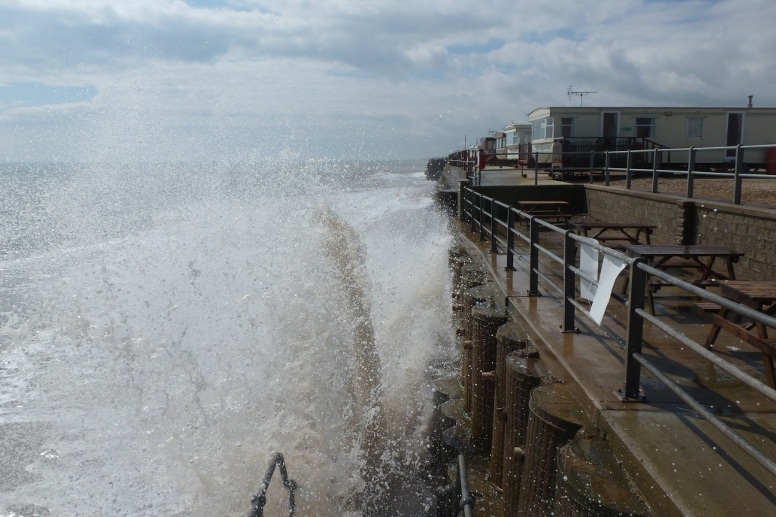 The sea sprays the frontage... 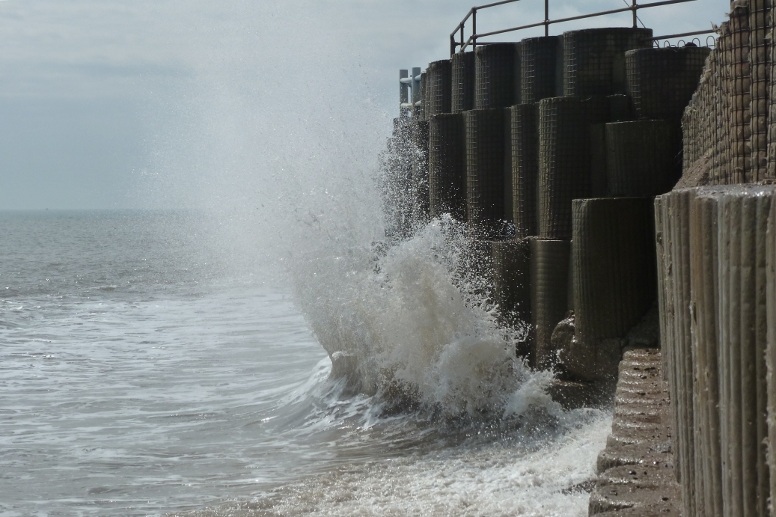 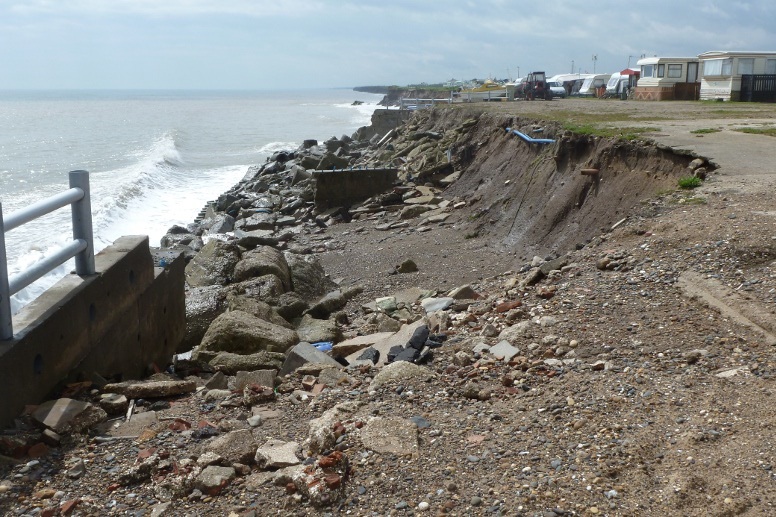 At the southern end, the defences have crumbled... 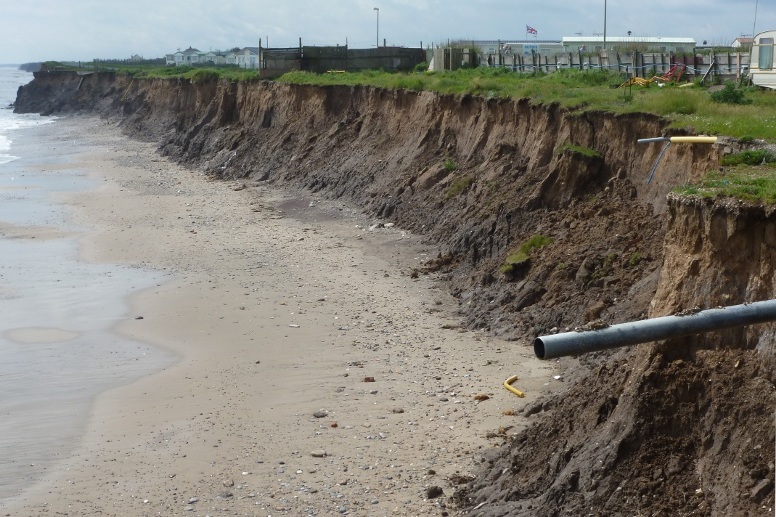 ...and the rate of erosion is increased. 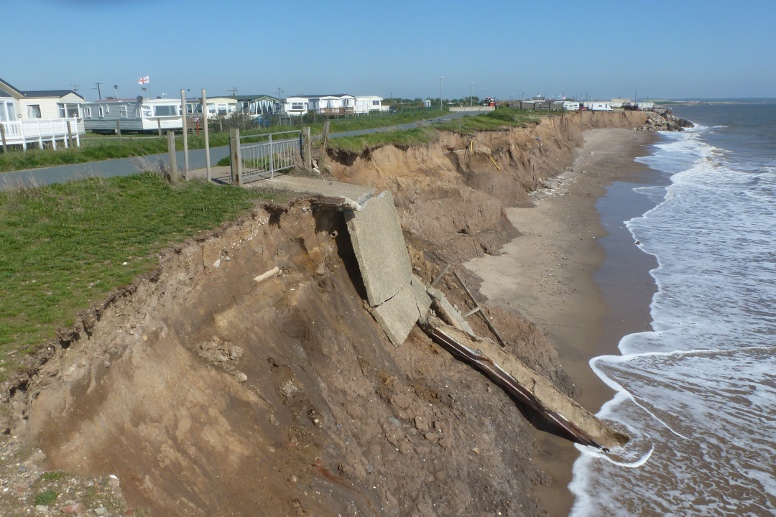 Receding coastline south of the Ulrome sea defences, seen in the distance [26th May 2012].


Cliff loss between Ulrome and Skipsea represents an example of the terminal groyne effect. 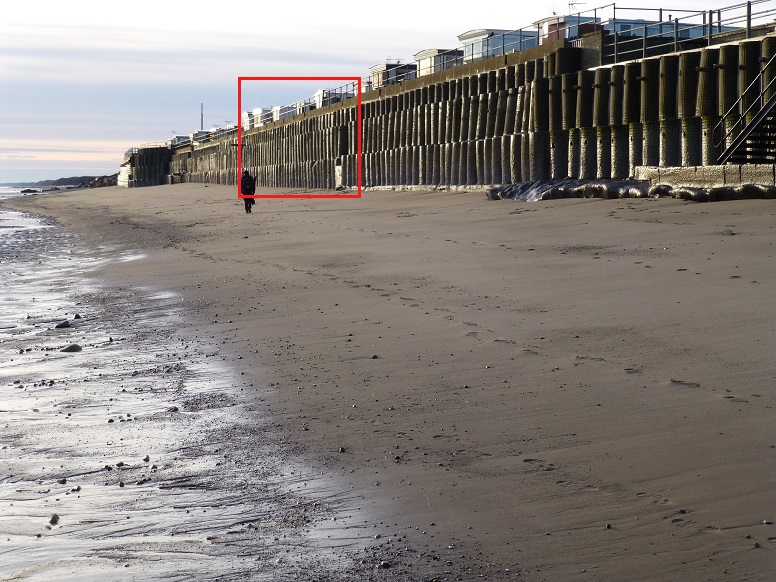 Taken on 4th December 2013, this photograph may be the last to capture the Ulrome seawall intact. Note the section framed in red (image without frame). 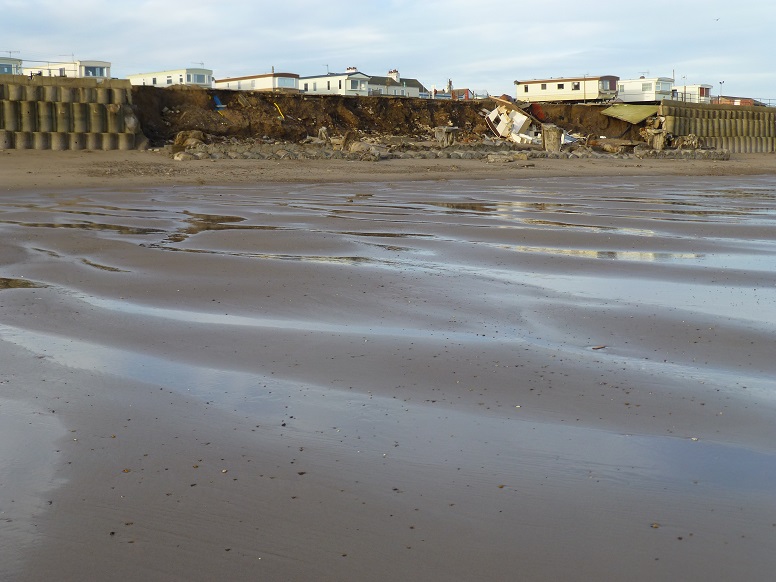 Arriving the following day, 5th December, a storm surge caused the framed section to collapse. The picture and the two below are dated 15th December 2013. 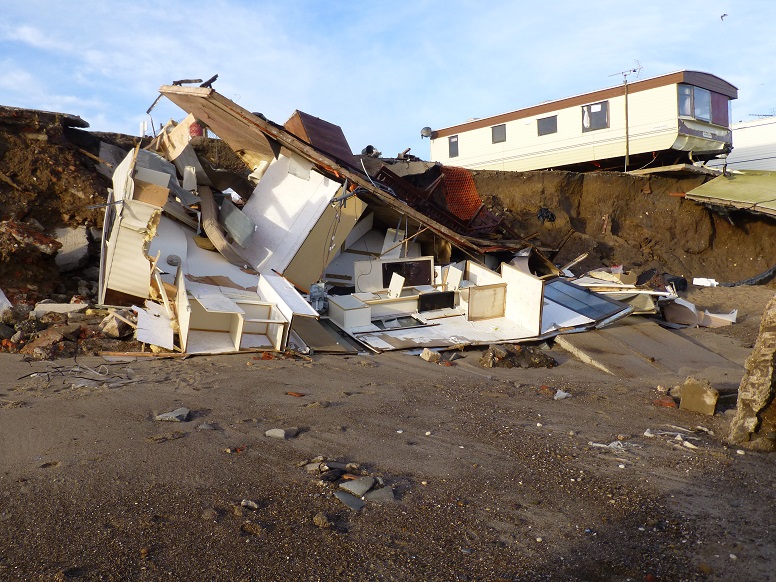 Holiday caravans were left hanging at the edge. One was not retrieved in time and later fell to destruction. 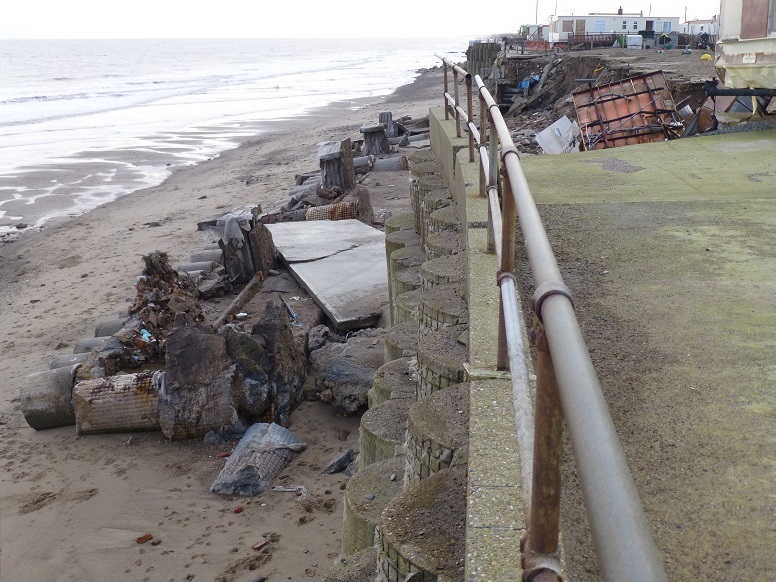 At the break, the wall is pulled out of alignment. 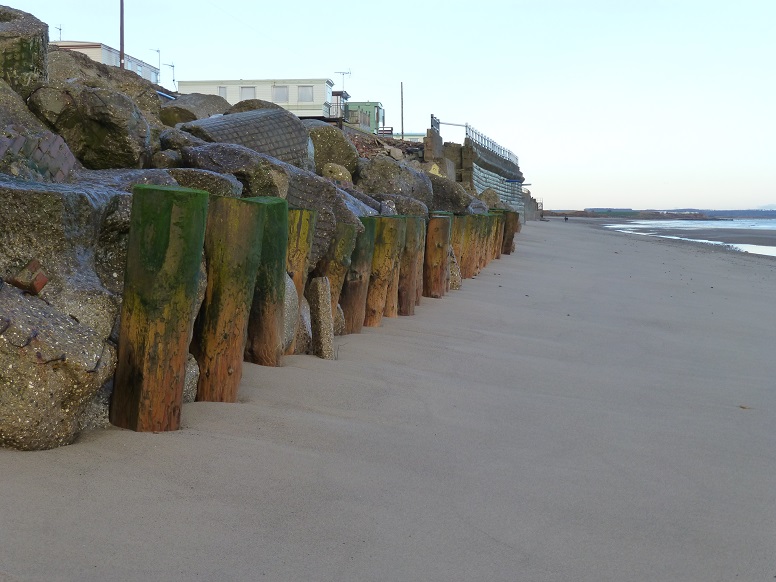 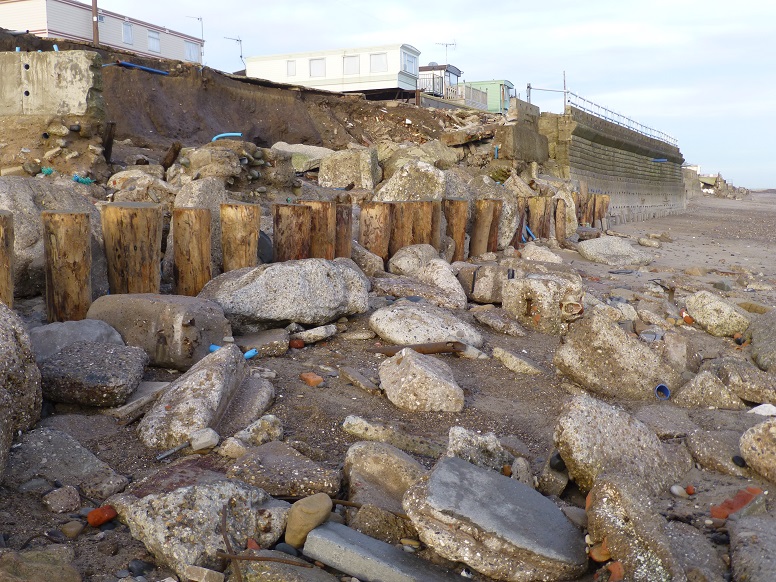 In spring 2015, the private frontage at Ulrome with associated debris was removed following an emergency demolition notice served by East Riding of Yorkshire Council. Below are pictures taken since. 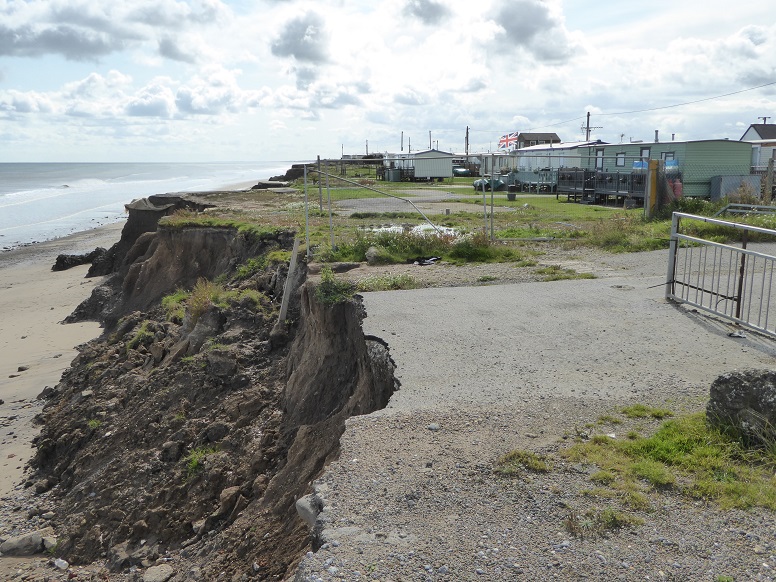 The seawall has gone and caravans are no longer pitched at the edge. A café and small shop once stood on the base at upper centre of picture. 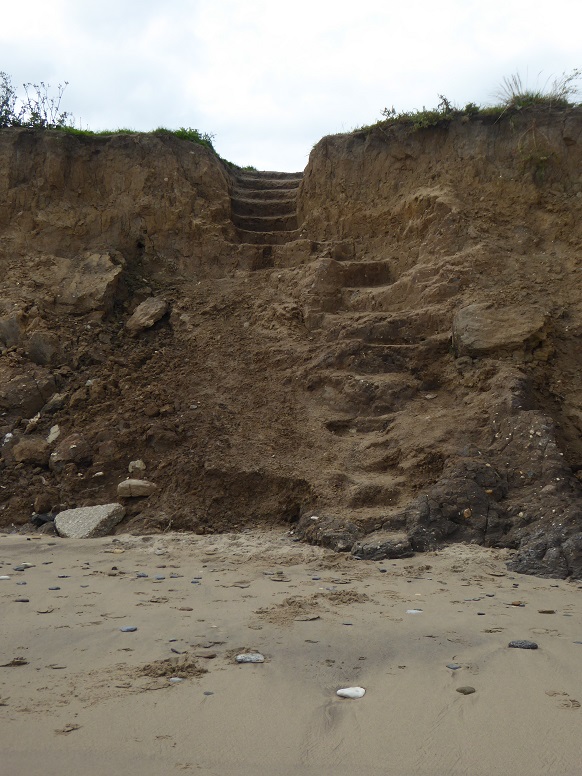 Access to the beach is by steps cut in the clay. 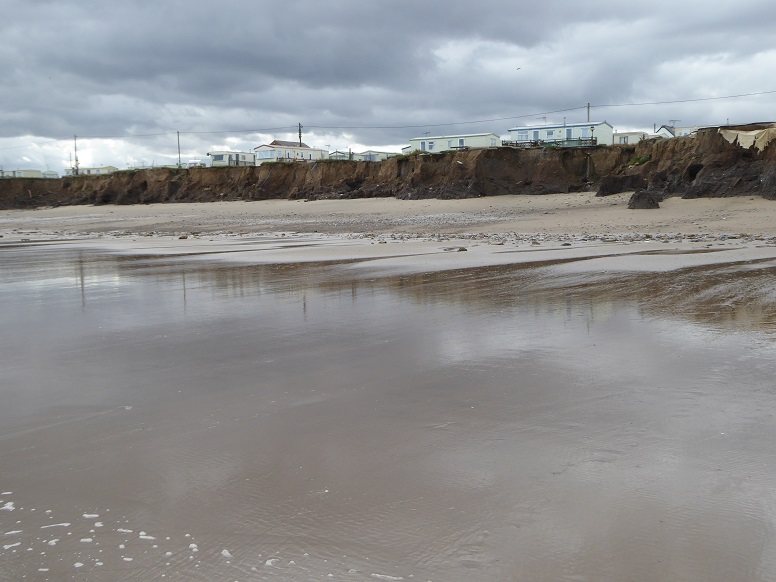 A return to nature. Galleon Beach stripped of concrete.